1.Can you give us an update on what has been going on with the band since the recording of the new album?
Since finishing up the recording and getting all the artwork done and over to our label Minotauro  Records we have been doing press to promote the upcoming release and gearing up for our CD Release show in Seattle and playing a couple shows with Jake E Lee's Red Dragon Cartel.

2.You have a new album that comes out in December, how would you describe the musical sound of the new recording and also how does it differ from the stuff you have released?
The new record "No Limit To The Evil" is a  sure fire updated NWOBHM slab of metal done with our own twist. Very much influenced by the 78-83 era of Metal/Hard Rock. Think Judas Priest, Thin Lizzy, Maiden, Accept,...Lovedrive era Scorpions. Our earlier releases lean a little more towards the rock side of things with Metal tendencies but our last two releases are definitely full rooted in that era of Metal I described earlier.

3.the band members have a history in the Seattle scene since the mid 80's with previous bands, what is it that keeps the band members motivated to write new music after all of these years?
I think it boils down to the right group of people still having fun at creating together. It wouldn't work with just anyone. We're all in the same age group and love this kind of style of music and are still inspired by those bands and records from our youth/formative years. We are lucky to have each other really. No matter what is going in our lives we have band time to forget about everything else and get in touch with our inner youth...ha...ha..Plus for me you never ever get it all figured out when it comes to writing. There is always something new to discover, learn, get better at. It keeps me coming back for more.

4.What are some of the lyrical topics and subjects the band explores with the newer music?
For the songs I tackle lyrically its usually about something I have experienced when I travel abroad. Traveling is a big part of my life so I bring those experiences into the music. Three songs on the new record are based on that. "Black Rhino" and "The Devils Thorn" (poisonous flower) both come from my trip to Africa and "Leche De Tigre" is what you drink to cure a hangover in Peru. The Milk Of The Tiger...its the good stuff when you need it bad!

5.What is the meaning and inspiration behind the name 'Zero Down'?
There is absolutely no meaning in our name to us really...ha...ha...when me and our singer Hawk started the band we were throwing around ideas. We both liked the sound of two word names and just started putting words together. For whatever reason that one was catchy enough and is a phrase people know either from financial association or from World War 2 with Japanese war planes being shot down.

6.What are some of the best shows that the band ha splayed over the years and also how would you describe your stage performance?
We have been really lucky to open for some truly great bands that we love. Accept, Y&T, Michael Schenker, Paul Dianno, UDO, Diamond Head, etc...but playing a few shows with UFO was probably the highlight. Playing packed theaters with a band I loved growing up. The band and their crew were so cool to us. I mean just amazing memories.  As far as what we are like live. I think our biggest strength live is that we are having a blast up there and people see that. Sure I think we are tight and deliver when it comes to our playing but you have to entertain people and I think we can rock you and make you grin at the same time.

7.Do you have any touring or show plans for the new album?
Right now we have our CD Release show in January and those shows with Red Dragon Cartel but we are looking into doing some touring on the West Coast with our main goal of getting to Europe to tour. It's honestly where I think we can really make a big impression as there is still a good market there for our style of metal.

8.Over the years how has the feedback been to your music by fans of both metal and punk/
You know because we play pretty up tempo and have an early Iron Maiden fire in our playing we have gone over good with both the Metal and the punk crowd. We certainly appeal to the Metal crowd better but we honestly don't get to play with many bands that are in our type of style so we just do our thing no matter what the situation is.

9.Are any of the band members involved with any other bands or  musical projects these days?
Both Ronnie Banner our bass player and Matt Fox our other guitarist have Country bands they play in. Ronnie is in the Shevering Denizens and Matt is in a band called Hartwood. Chris Gohde's (drummer) old band My Sisters Machine just got back together to do a couple shows as well. One is enough for me. I don't know how they do it.

10.Where do you see the band heading into musically during the future?
We are extremely excited about the songs on the new record so I'm sure we will keep it in this vein for now. There is one song on the record "Leche De Tigre" that is a little different for us and I can see us doing a little more experimenting with heavier more dynamic material to break things up but we like to play uptempo too much for it to be more than one or two songs on a record.

11.What are some of the bands or musical styles that have had an influence on your music and also what are you listening to nowadays?
I mentioned a lot of our influences musically earlier. The NWOBHM was just so huge for me growing up after I had moved past 70's classic rock. Riot, Saxon, Diamondhead, Tank, Savage, you name it. But also the next Metal Movement was important as well. Maybe not an influence you can hear so much in our sound but we were all huge fans of the early Thrash years. Exodus, Megadeth, Kreator, Slayer. I will say you hear a little Mercyful Fate in us but it really goes back to the stuff that came out right before it. Today, I'll be honest there isn't a lot of new stuff that kicks my ass but I do really like the new Accept and Kreator records. The Germans still know how to do it sooo good. The newest Carcass record is really great. Lot of bands can really play good out there now but I don't hear a lot of great song writing.

12.What are some of your non musical interests?
As I mentioned earlier traveling is a huge part of my life. The more remote the better for me now as most big metropolitan cities are pretty similar now. In general life experience is the best. Without stimulation man life can get pretty boring and tiring...so you have to make an effort and make time for it. As much as I love living in Seattle, I gotta get out of here periodically or I get a little cagey. Big movie fan as well. Me and my girlfriend Karla go to the Sundance Film Festival every year and try to check out as much stuff as we can all the time. Everything from Horror to Documentaries.

13.Before we wrap up this interview, do you have any final words or thoughts/
Thoughts...well I just saw Judas Priest on Saturday and Rob Halford is up there still doing it at 63 years old. I mean I know he's making a shit ton of money up there but you can tell he still wants to be up there no matter what. It’s in his soul and I think that's indicative for most people that like Metal. My Dad kept asking me when I was going to grow out of it when I was 13 years old. I'm 49 now so I think it’s a little late for that now! 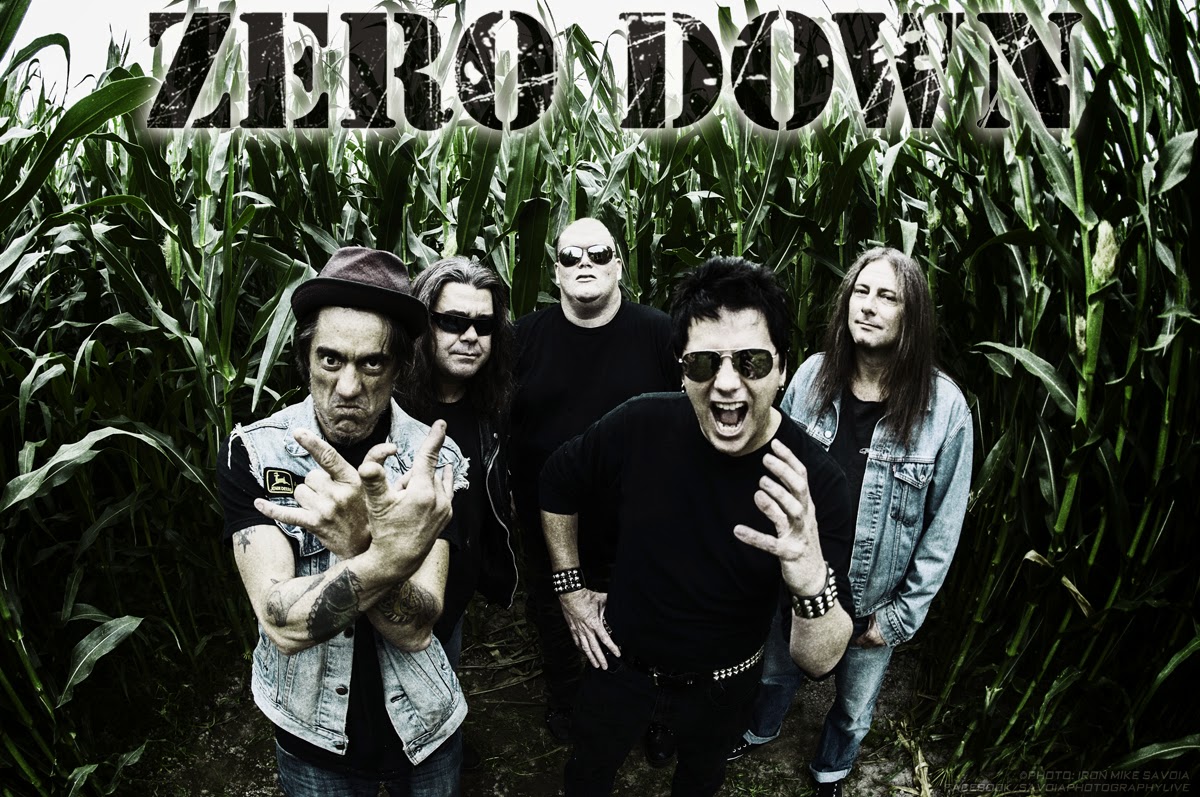 Posted by OccultBlackMetal at 6:31 PM