We just got back from a short U.S. Tour to promote our debut album, “Mask of the Devil.” We had a blast doing it. Now we are back to working on new material and planning for the next tour. In both we will go to new places. We are very excited for what the future holds.

2.In October you had released a full length, how would you describe the musical sound that is presented on the recording?

This album hearkens back to a raw, old-school occult heavy metal sound. We wanted to make music that clearly stands for itself, music that is fun to listen to and memorable, stuff that champions the strengths of the old days into new days.

3.On the fb page you had labelled your music as NWOTHM, can tou tell us a little bit more about the tag?

We carry the heavy metal traditions of the 80's into the 21st century for fans who have always loved the old stuff and to hopefully spark some newer fans to look back and dig music with passion rather than just taking what is handed to them.

4.Your lyrics cover some satanic and occult topics, can you tell us a little bit more about your interest in these subjects?

Ever since I was a child everything I loved was said to be of Satan, so that means I need to be grateful to him. We enjoy what is beneath the surface, what few people understand. If you love satan and you don't care, we are here. If you are offended, then we are giving you exactly what you are looking for as well.

5.What is the meaning and inspiration behind the name 'Savage Master'?

Adam and I wracked our brains trying to think of a good name. We were listening to music and heard the words in a song and it seemed like the perfect name for us. We thought of a few others and it remained the strongest and we could not find another band of the name so it was ours.

From my standpoint the most important thing in a show is the connection with the audience. When they bang their heads along, when they recognize the cover we play, when I can point the mic to them and they know what to do, these are the times that I can feel their enthusiasm for heavy metal and that takes the show to a magical place. Chicago has been a stand-out place for us in terms of how well the two shows we have played there went. Well we hope our stage performance is captivating and fun but that's for the audience to interpret and decide. 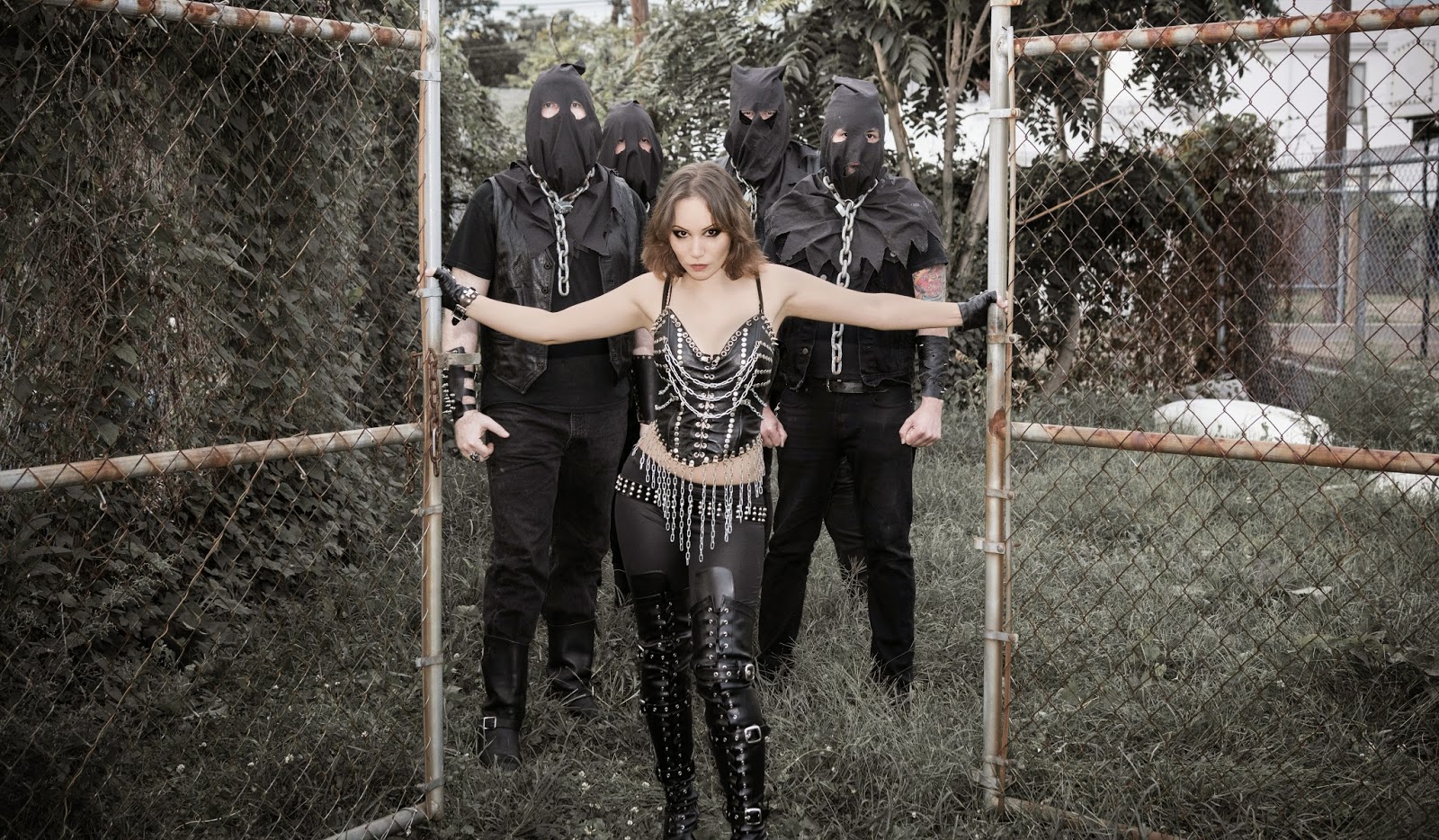 7.I know the band has recently done a tour but are there any plans for a more bigger tour in the future?

We do plan on doing a bigger U.S. tour next year and hopefully do some international touring as well. We have heard from fans from many countries asking us to come closer and play and we feel this desire mutually. We hope to get the chance to meet our fans from every part of the world if at all possible.

8.The new album was released on Skol Records, can you tell us a little bit more about this label?

Skol Records was founded in 2009, by Bart Gabriel. They release official reissues of classic, rare and forgotten albums. Beginning with Savage Master, they have started releasing the material of new bands as well with focus on the new wave of traditional heavy metal. Their goals are aligned with ours in terms of spreading and keeping traditional heavy metal alive and thriving for metal fans to enjoy.

9.On a worldwide level how has the feedback been to your music by fans of heavy metal?

The feedback I have seen and heard has been mostly positive in the online metal community, more positive than we expected. There are times when there are criticisms mingled within a mostly positive review and that is a very good thing that we appreciate. It is good to hear, whether we agree or will be affected by it or not. We are not delicate flowers. No one is perfect and everyone has different tastes. Gotta take the bad with the good.

I see our songs becoming even stronger, more anthemic at times, exploring more territories. I think things will be more solid. The best is ahead of us, definitely. No drum machines, ever.

Nowadays I am listening to Uriah Heep, Black Oak Arkansas, Amulet, Slasher Dave, Manowar, Orion's Sword,  Lana Del Rey, Loretta Lynn, I like listening to these 60s garage band compilations; Back from the Grave and Nuggets and more. I'm a bit all over the place in my listening habits as you can see.

I am interested in a lot of things, mostly in learning about things that I feel I do not know enough about. I am interested in culture particularly from the 60's- 80's. Movies - horror films, exploitation films, documentaries, musicals, art-films, --anything that can scare, shock, offend me or make me think, feel or laugh. I am interested in art -paintings, architecture, photography. I am interested in life forms- deep sea creatures and all plants, animals and fungi. I often ponder life’s toughest questions. I find resolution in the fact that there is not always resolution. I like to read mostly non-fiction. I like to learn about topics such as the occult, history, the decomposition of human bodies, how to do things and all kinds of other stuff.

Thank you ExtemeUndergroundMusicZine for the interview! Thank you to all of our fans worldwide!!! 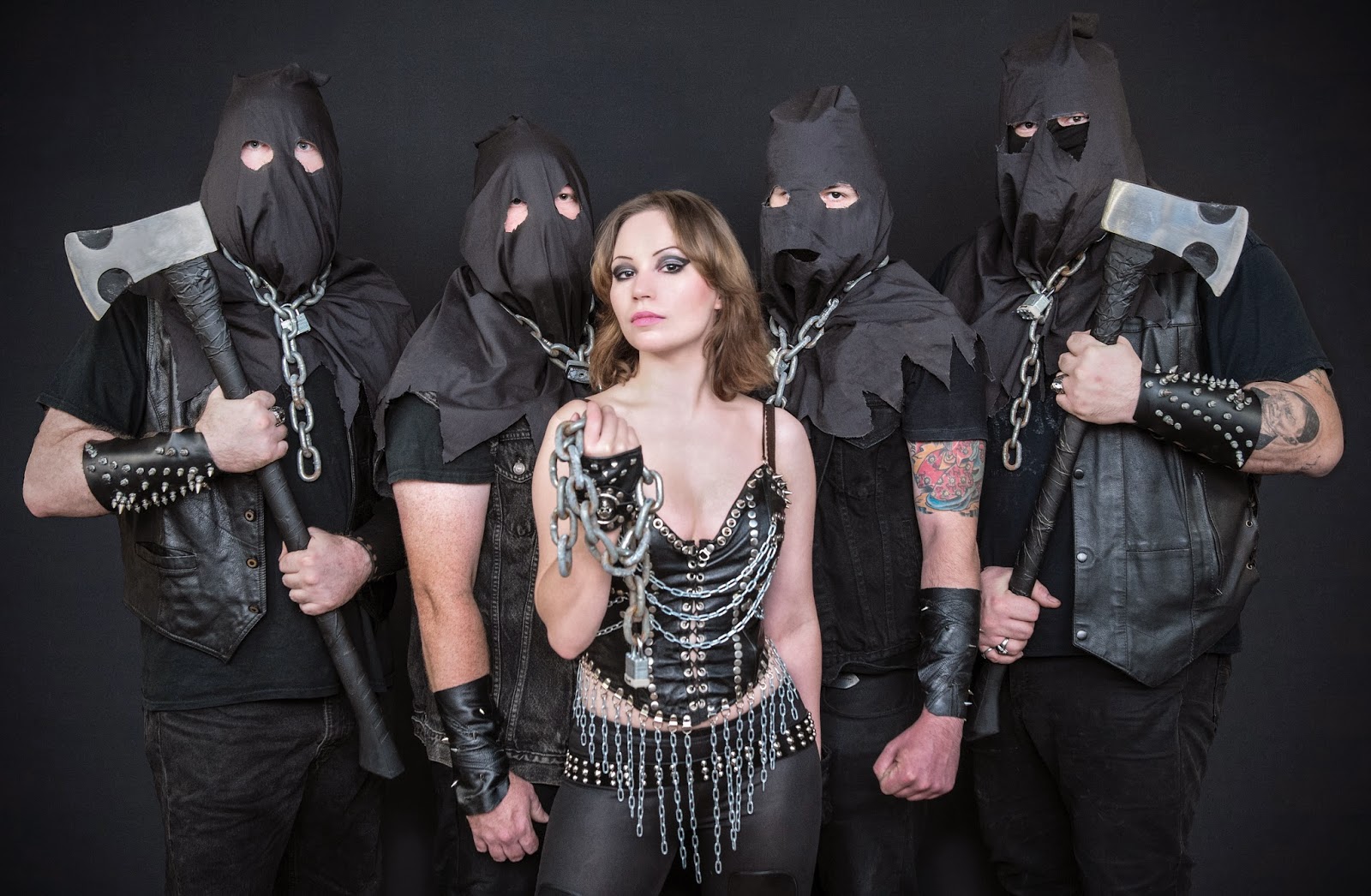 Posted by OccultBlackMetal at 8:48 AM