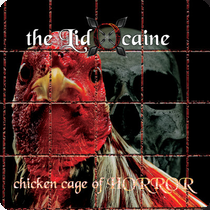 The  Lidocaine  plays  a  style  of  metal  that  is  very  dark,  original,  heavy  and  progressive  sounding  and  brings  in  a  variety  of   many  different  influences  to  create  a  sound  of  their  own,  the  production  sounds  very  professional  while  the  lyrics  cover  dark  and  philosophical  themes.