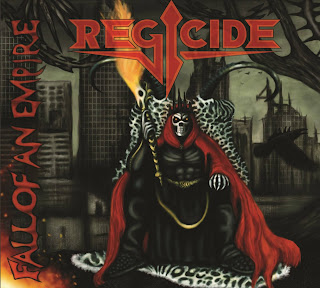 Regicide  plays  a  style  of  thrash  metal t hat  is  very  melodic  yet  aggressive  at  the  same  time  while  also  adding  a  more  modern  touch  to  an  old  school  style,  the  production  sounds  very  professional  for  being  a self  released  recording  while  the  lyrics  cover  dark  and  real  life  themes.

Posted by OccultBlackMetal at 5:01 PM