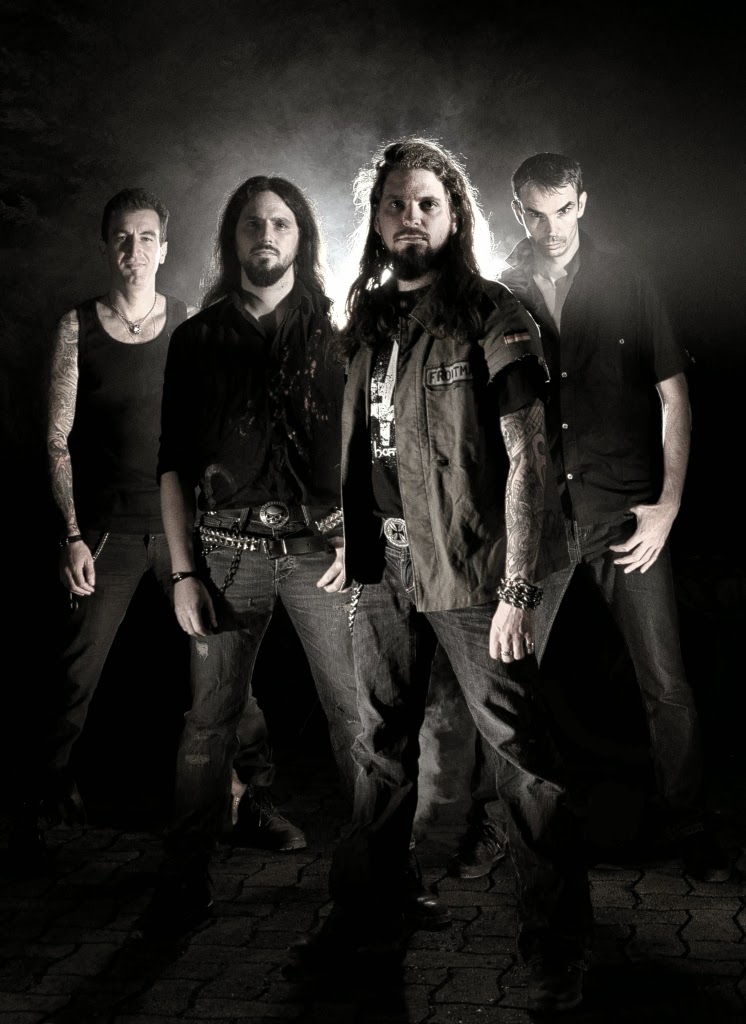 Daniel : Since the recording ended, we tried to prepare the release of the album. Even though, we could give some shows in the near of our city. We recorded a video clip too, which will be launched in the next weeks, and we worked on the next shows to defend “Psychico Corrosif” on stage the best we could.

Nicolas : It's a trash metal album with a hoarse and raw French singing. We wanted to modernize our sound. Our wish was to go further in our trash / heavy sound while bringing things from other styles like from punk hardcore, industrial metal as well as Van Halen styled Rock'n'Roll. Despite all that things, it's trully a French Trash Metal album.

3.This is the first album to be released in 8 years, can you tell us a little bit more about what has been going on during that time span?

Nicolas : First, we wanted to make some shows to defend our previous record on stage. After that, we decided to create a new album. We wanted to make it in a pure "Do It Yourself" way. It takes us a little time to organize ourselves to be the most effective in all of the production part. We needed to create our own studio before to get in the creative part of the album. That's what we love : all the reflection, the composition, the song-writing to progressively get the concept for the album. Then, we had a new member in : Bertrand takes the follow on drums. All the time after that was for the recording process, mixing, mastering and so on.

4.What are some of the lyrical topics and subjects the band explores with the music?

Daniel : We write a lot around human and the individual. It goes from thoughts and fears to the place the human takes in today’s society. On “Psychico Corrosif”, we choose to explore two aspects. The first is the impact the society has on individuals, and the second is people’s reaction that these feelings can lead to.

5.What is the meaning and inspiration behind the name 'Harmorage'?

Nicolas : "Harmorage" is a mix of "Harmony" and "Rage". It's the way we want our music to be. We try to explore ambient based sounds to dissonance, and served by powerful and full-distorted sounds.

Daniel : The stage is really the place our music takes place and gives the best of it. Our performances should be punchy and full of power. We want to create an alchemy between fans and us. The goal is to share great moments with peoples. 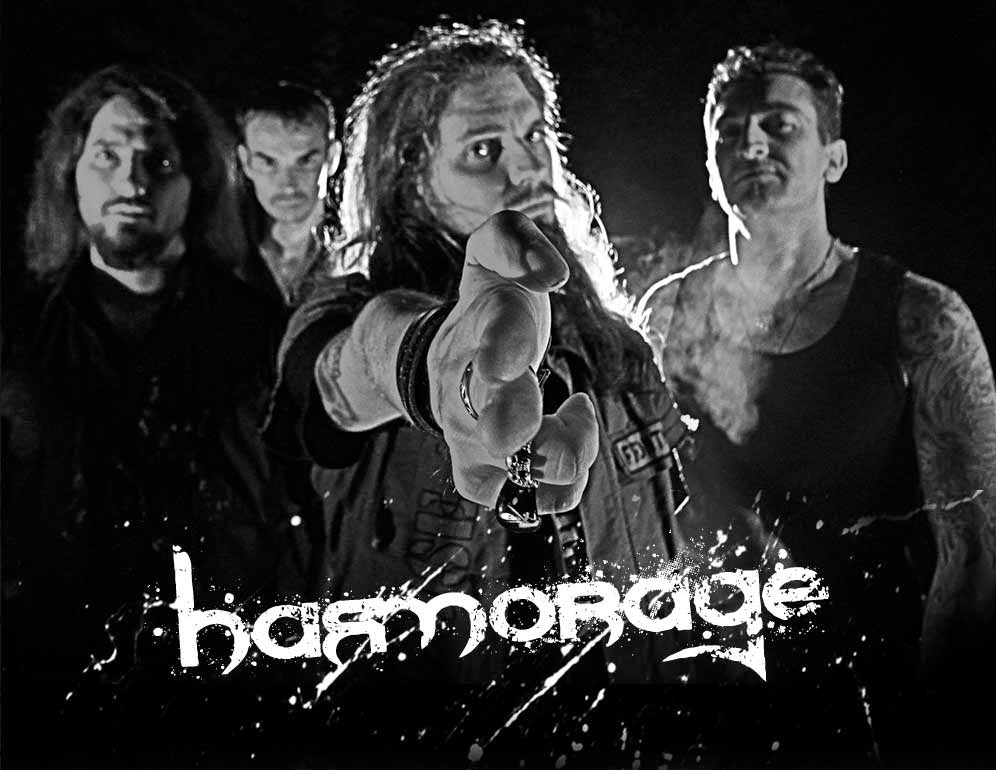 8.On a worldwide level how has the feedback been to your music by fans of extreme metal?

Nicolas : It’s the first time we release an album worldwide. The first feedbacks are good but it’s too early to get something meaningful.

Nicolas : We don’t want to restrict ourselves. We want to get the freedom to explore new sounds. That’s our guideline. I hope we will keep it for the future. Personally, I would like to go further into violence as well as ambiances while keeping in mind that songs must be great on albums, and explosive on stage.

Daniel : We mainly have three influence sources. The first one is in actual metal bands like Children of Bodom, Black Label Society or Die Apokalyptische Reiter. The second one is with old school bands like Slayer or Motörhead, and the last one is with bands from the independent French punk / metal scene, like Lofofora, Black Bomb A and Tagada Jones.
Nowadays, I’m listening to “L’enfant sauvage” from Gojira, “The Gray Chapter” from Slipknot,  “L’épreuve du contraire” from Lofofora and “Confortable Hate” from Black Bomb A.

Daniel : I like art in general. Any kind of art for their freedom of expression purpose. I like history too or simple things like sport for example.

Daniel : I would simply thank you for letting us talk about Harmorage.
Nicolas : Yes, thank you. 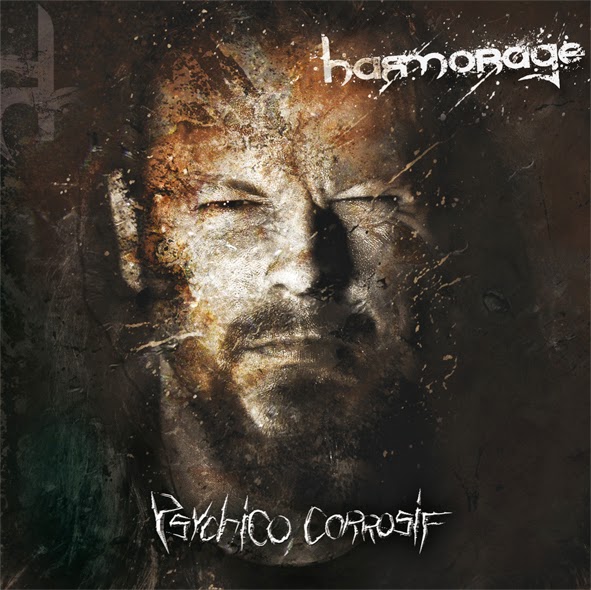 Posted by OccultBlackMetal at 12:35 AM