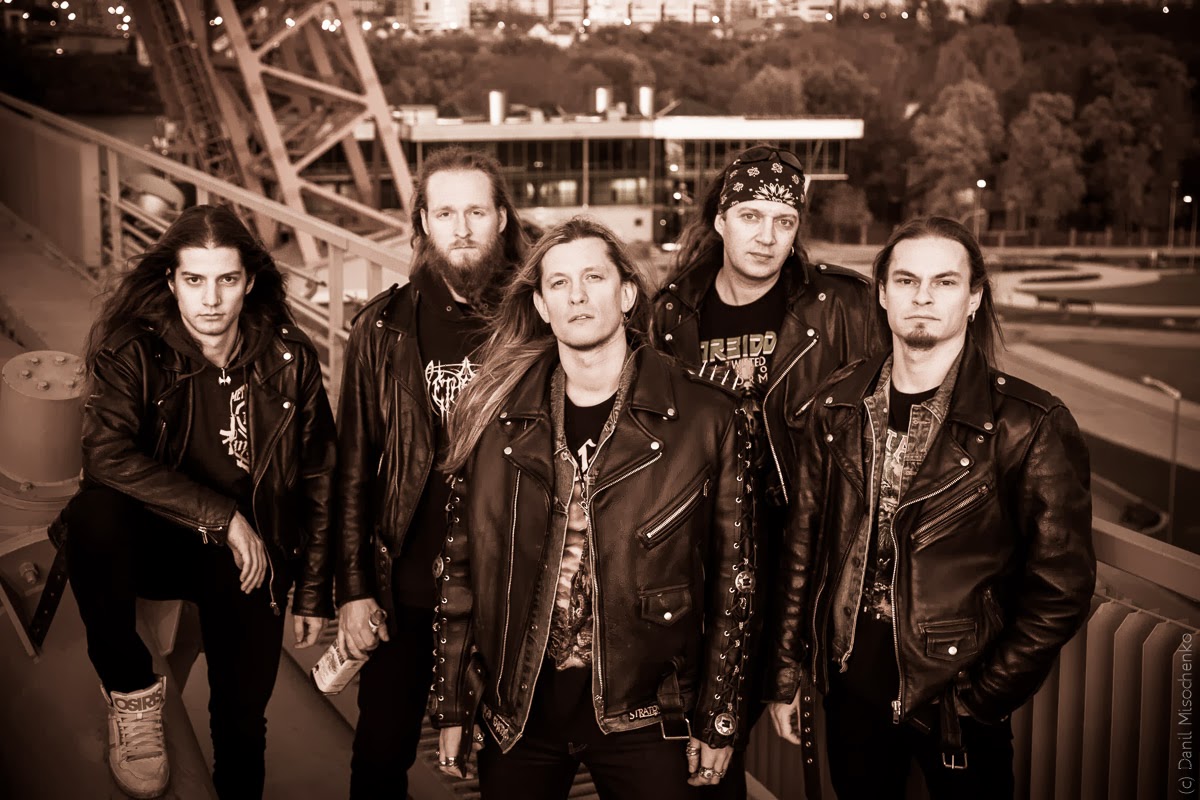 Hi! My name is Alexey Markov and I'm the vocalist for the Russian metal band Shadow Host.

1.Can you give us an update on what is going on with the band these days?
We released a very cool album in the very end of 2013, called "Apocalyptic Symphony". We then played a couple of shows and we're preparing a music video or two. So we're kind of in the process of promoting this new album.

2.A few months back you released a new album, can you tell us a little bit more about the musical direction of the new recording and also how does it differ from your past recordings?
It's much heavier, faster and more aggressive than our previous recordings. We spent about 30 days in the studio - our record so far. The sound quality is outstanding. This level of production was literally never heard before in our country, and we're very proud of what we have done.

3.What are some of the lyrical topics and subjects the band explores with the new release?
It's very political. Some topics concern our society and the system we're living in (like "Treason"). There's a song about lost office clerks ("Empty Eyes"), a song about fastfood industry that kills us ("Silent Killing"), about religious obscurity ("Lunacy  Divine"), love for money ("Blinded by Greed"). There are some philosophical questions too, like in "Apocalypse Within" we're talking about chaos and the degradation of our own mind. "Seeds of Sorrow" is more personal, and "Reborn in Hate" is again about religion and its horrorful impact on our planet.

4.The band has been around for more than 20 years, what is it that motivates you to keep going after a couple of decades?
Well, we only have one founder left - our guitarist and main composer Alexey Arzamazov. In fact we've had even more members than Lynyrd Skynyrd :) We love metal, and the road to the top is long and hard. But we're still trying. Sometimes even out of curiosity. When there's no money left :)

5.What is the meaning and inspiration behind the name 'Shadow Host'?
I think Alexey found it somewhere in the appendices to J.R.R.Tolkien's books. It's either a host (a horde) of shadows or maybe some mysterious host that invites his guests to his gloomy place.

6.What are some of the best shows that the band has played over the years and also how would you describe your stage performance?
Shadow Host performed for crowds of 1000+ people quite a few times - on the same stage with Overkill, Annihilator, Blind Guardian, Gamma Ray, Nightwish, Grave Digger and many more. I think the gig supporting Annihilator in Moscow (in May 2012) was one the the most memorable performances we gave.

7.Do you have any touring or show plans for the future?
Yes, we definitely want to tour throughout all Europe, but Russia and Ukraine are much more probable. The tours are tough to organize and may turn out costly! So right now we're open to all invitations and we'll be happy to play everywhere.

8.The new album came out on Metalism Records, can you tell us a little bit more about this label?
It's a small Russian independent label that just gave us the best offer around. We had two EP's published with them as well - "Demon Hunter" and "Lunacy Divine".

9.On a worldwide level how has the feedback been to your music by fans of thrash, speed and power metal?
Well, the album is yet to be discovered :) We haven't had much publicity lately. So far the response was very good, but scarce.

10.Where do you see the band heading into musically during the future?
We're moving into some weirder areas of thrash metal. Somewhere to more technical and more progressive side of thrash. The next album might include clean vocals together with death metal growling. Overall, the songs will become more sophisticated I think.

11.What are some bands or musical styles that have had an influence on your newer music and also what are you listening to nowadays?
We're listening to classic thrash metal bands like Metallica, Testament, Slayer, Anthrax, Heathen, Kreator, Forbidden and such. We really enjoy the oldschool rhythms!

12.What are some of your non musical interests?
Whiskey! Beer! Girls! Listening to heavy metal! Movies! And we're all into cross-country cycling.

13.Before we wrap up this interview do you have any final words or thoughts?
We are sure that we produced an excellent thrash metal album. Please give it a spin! Recommend it to your friends! Try it!

Posted by OccultBlackMetal at 8:35 PM