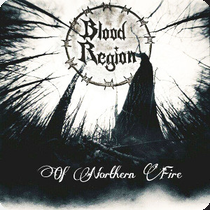 Blood  Region  plays  a  musical  style  that  takes  both  both  and  old  school  thrash  and  mixes  it  in  with  elements  of  power  metal,  NWOBHM  and  progressive  rock  to  create  something  very  original,  the  production  sounds  very  professional  while  the  lyrics  cover  dark  and  occult  themes.


Posted by OccultBlackMetal at 2:29 AM