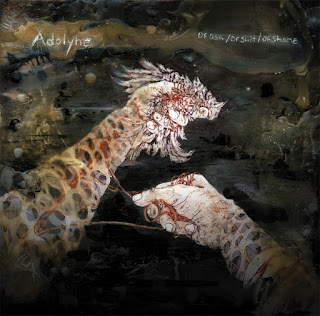 Adolyne  plays  a  style  of  noise  rock  that  is  very  different  than  most  bands  in  this  genre  mixing  in  elements  of  punk,  hardcore  and  post  metal  to  create  a  sound  of  their  own,  the  production  sounds  very  professional  while  the  lyrics  cover  existential  themes.

Posted by OccultBlackMetal at 7:24 PM