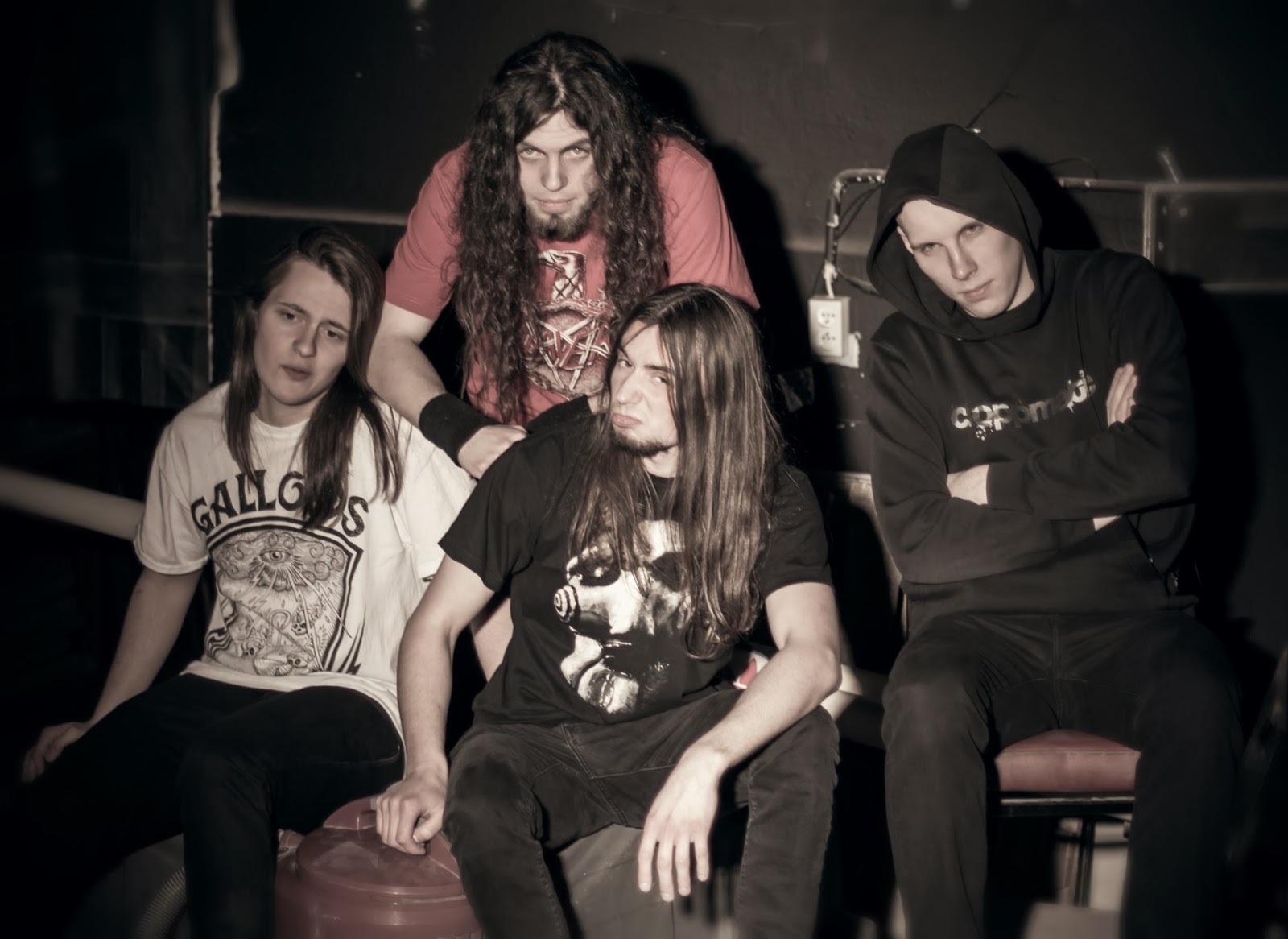 1. Can you give us an update on what has been going on with the band these days?

Hey! Now we are after first part of our High Voltage Thrash tour on which we are promoting our debut album. Also we had a little personal change – Rogal (rhythm guitarist) left the band, now we are introducing the new guy, but I can’t tell yet who is he. But I think, the most important is that we are working on new material, and second part of HVT tour- this time over Europe!

2. A year back you released an album can you tell us a little bit more about the musical direction it has taken and also how does it differ from the demo you released in 2011?

Well, the most important for us, was to show exactly who we are, and what we feel. Our demo “Juggler” was some kind of border- in that time we realized in which way we want to make our music. On that recording (I’m still talking about demo) it isn’t band we wanted to be, you can here there four people who knows that the bell is ringing, but they don’t know where “High Voltage Drunk” is the essence of Rusted Brain, of who we are. We are young, full of energy, sometimes fury, so the album is. From the beginning of writing process we were aware of what we want to play, but to be honest- I’m playing the tones of my, (our) soul, so no matter what we wanted to play, it had to be thrash metal. You can’t lie to yourself, haha!

3. Can you tell us a little bit more about the lyrical topics and subjects the new release explores?

The most of our lyrics is about human weakness, stupidity of fanaticism, and generally the darkest corners of our minds - I think that that topics really fits to style of our music. Also I’m writing about this only when something in life causes me to think about those strange things. Other way I’m not writing anything, you know – I need an impulse to write anything. But not only these dark topics are present in our lyrics – we’ve got some songs with full of power, funny, party lyrics. You can ask why, but the answer is simple- for some kind of music I can’t write serious lyrics, ‘cause they don’t fit the music.

4. Recently you were a part of the 'Thrashing Damnation Thru Compilation, what are your thoughts on the other bands that participated on the album?

Personally I love both parts of Thrashing Damnation compilation. We’ve got friends in many of bands that were present there; we were playing many gigs together, so that’s the true polish thrash metal family compilation. Surely some recordings aren’t as good as they could, but for me it’s very important to show people, that there are some maniacs who plays thrash metal, and it’s really worth listen. It’s really nice showcase of polish thrash underground, and with a clear conscience I can recommend this compilation to any headbanger all over the world!

5. What are some of the best shows that the band has played so far and also how would you describe your stage performance?

Our best shows were the last shows of our “High Voltage Thrash” tour, they were fantastic, especially in Szczecin – fans forced us to play so long, that we had lack of songs to play, haha! It’s a pity that our tour ended in the moment when everything started to work perfect. Also I really liked the show we were supporting Heathen, and Generation Kill in Progresja, Warsaw. We had really nice show there, moreover technically perfect, so I would like to every show be like that. What about our performance? Full of headbanging, and fury on stage, we’ve got one motto- take no prisoners!


6. Do you have any touring or show plans for the future

Sure! As I said before, now we are planning Europe part of the “High Voltage Thrash” promo tour, but if anybody want to invite us – go ahead, and call us!

7. The last album came out Slaney Records, can you tell us a little bit more about this label?

Our manager – Vlad Nowajczyk found it for us, Slaney liked our music, so we agreed to deal in a very short time. It’s really nice, perspective label, we had pretty nice deal with them, everything was clear and fair, and so I would totally recommend it to any young heavy metal band. As far as I know, Kieran have some health problems, so the label is suspended for a while, but I hope that everything will return to normal.

8. On a worldwide level how has the feedback been to your music by fans of thrash metal?

I would describe it as a really nice. Not perfect, but as for a debut album the feedback is… really nice. We received a lot of good reviews of HVT from all over the world, some were full of delight, some showed us our imperfections, so good for us! We have the material to learn on mistakes, but also we know we are on the right way. As we are singing in “High Voltage Drunk”: “We’ll never stop the play!”

9. When can we expect the next album?

Ha! Good question, but even I don’t know the answer. Now we are working on new material, we want to record and release short demo this year (Hmm, this spring? Early summer?). Then we’ll be on tour, so the next album recording session date depends on how many shows we will have to play. But I believe that in the end of the year I would be able to tell some more details about this.

10. What are some bands or musical styles that have had an influence on your newer music and also what are you listening to nowadays?

Well, the better you ask what I’m not listening to, haha! But (I’m not discovering America) the most influenced on us all bands of the oldschool, and new wave thrash and crossover. Many, of them, I would tell only about Big Four, Municipal Waste, Havok, and Vektor, but there are many, many more great bands we are listening to. I won’t mention them, ‘casue I’m sure I’ll forget about some. Also I’m the big fan of Pantera, DOWN, Hatebreed, Death, Sepultura, Iron Maiden, Helloween, and (again) many, many more. Usually bands that started to play in 80’s, but not only, and I’m still recognizing new!

11. Do you have any non-musical interests?

Sure! I’m the big fan of fantasy books (The Witcher siege FTW!), computer games (usually RPG’s/action games), and football. Check out the Legia Warsaw fans on YouTube- they (we) are sick! Also I like good action, and comedy movies, but to be honest I’m almost not watching TV!

Yeah! Keep thrashin’, and see ya on shows!

Posted by OccultBlackMetal at 8:05 PM