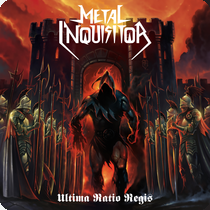 The  album  starts  out with  a  very  heavy  and  melodic  old  school  metal  sound  before  adding  in  clean  singing  vocals  and  after  a  couple  of  minutes solos  are  added  into  the  music  and  after  awhile  all  of  the  musical  instruments start  sounding  very  powerful.