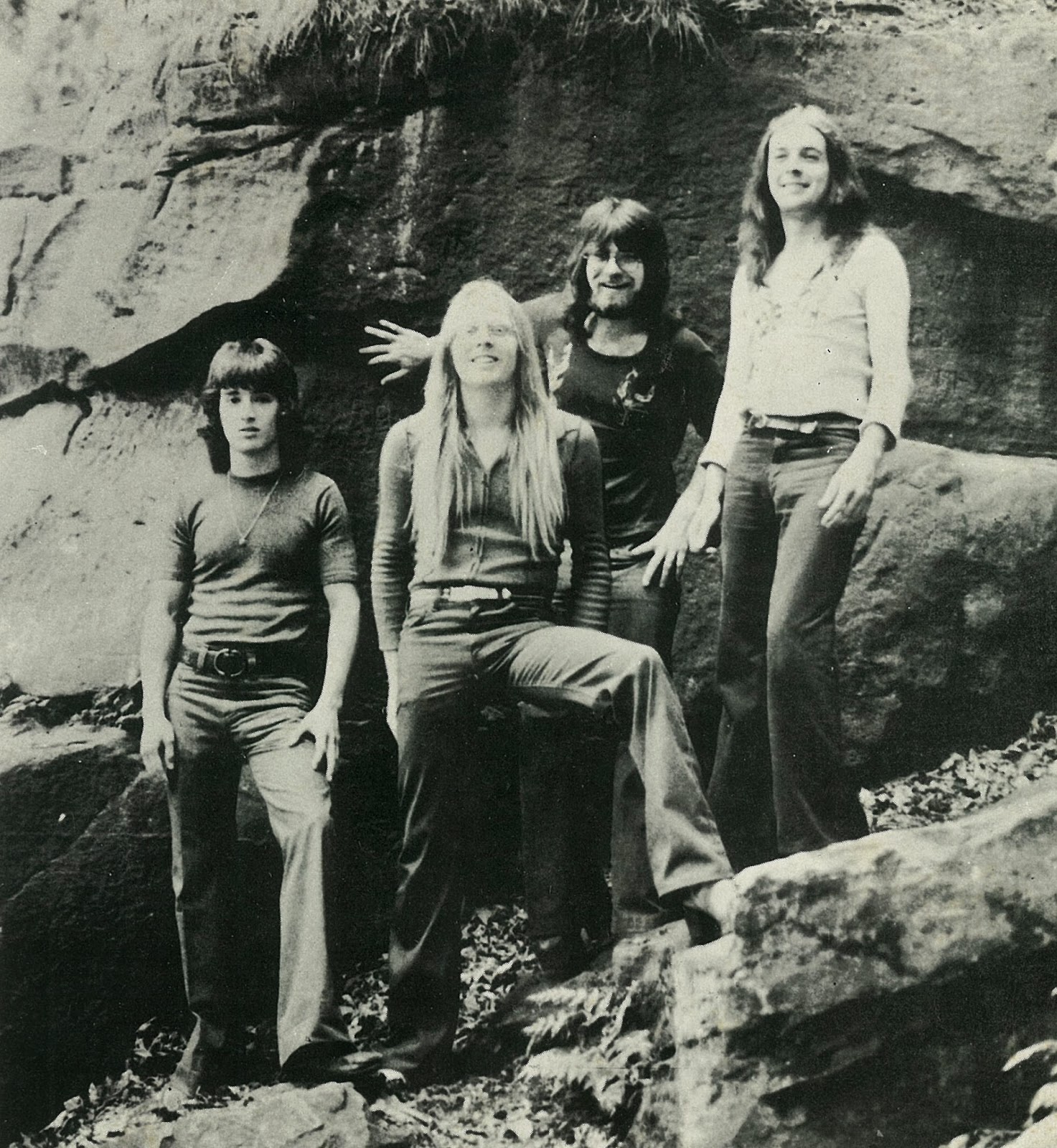 
1.Can you give us an update on what has been going on with the band and band members since the 1970's?

I have kept busy, writing hundreds of songs, and recording many of them, for the now, 13 different Poobah albums, and more to come. I have played thousands of live shows, with many different lineups, as it has been difficult to keep band lineups intact. Lots of people have one foot out the door before they got there, meaning working as a team can be hard, even when things are going great. Traveling around for long hours in a vehicle drives some people to irritation, and it takes someone with a lot of determination, to keep on with their dreams of success. I have been driven to keep recording my songs, and I love to play guitar. My mind is taken over by song lyrics, always showing up.

2.Ripple Music are going to re-issue your 1976 album, what are your thoughts on the final product?

It is a beautiful package, and nicely done. It is magical to see this project come to life, a second time ! I love to see the guitar rock ,going around the world.

3.When i listened to your music, you seemed to have all of the talent all the other bands had back then but with a more raw approach, what do you think was the cause of your band not making it as big as those other rock or metal bands of the time that always get played on the classic rock stations?

You know the saying, it’s who you know. We just didn’t get lucky with management. We hooked up with agents, who didn’t try to get you a record deal. I did most of the promotion, distribution, booking, writing songs, touring, and getting albums made, which was due to my hard work, and financial risk. We kept busy playing clubs, but not in the right cities,
where you could play for label bigwigs. Many stations would not play our records, even though some had them. Some stations that played the albums, we would sell out in that area’s stores. We ended up getting a huge order, but broke up, the original label went under, and we didn’t follow up on it. We didn’t realize how lucky we were.
By the time I formed another version of Poobah, the momentum was faded, and we didn’t have good business sense, to go tell a large company about our request for a huge order.

4.In recent years a good amount of stoner rock bands have listed you as an influence, what are your thoughts on the newer generation of bands that have been influenced by your recordings?

Wow, that is very cool. Anytime others like the music that came from your heart, mind, and soul, you feel satisfaction, for a job well done. Thanks to anyone, who listens to Poobah ! Iam glad to have my music out in the world, and feel honored, for it to become larger than me. Playing guitar has rocked my world for so long, I am pleased to make anyone else happy with Poobah songs. I certainly have been obsessed with guitars, rock music, and sound. I also love blues, jazz, and anything done well.


5.Can you tell us a little bit more about the lyrical topics and subjects the band wrote about with their music?

After having written more than 300 songs, I think I have covered many subjects, and told a lot of stories about my life, and many ideas, that are about fictional characters, like in a book. I feel ,when you mix music and lyrics, and someone likes it, then it is good.
I can be tough on myself, analyzing every word, chord, guitar lick, vocal parts, and always think, I could have done that better. However, I know ,that at least I found a way to bring these songs to life ,in a studio. I am surprised, that I actually found a way to get it done, and here are all these Poobah albums !

6.What was the meaning and inspiration behind the name 'Poobah'?

When I was in High School, there was a mythical story about this older girl, nicknamed Poobah, who supposedly would chase you, attack you, maybe even stab you ! Older students would scare us, with this story of a bad ass chick. It was probably the silly drama someone thought up, but the story did worry all the young guys ! Everyone warned us we would get it from Poobah. I doubt anyone actually got stabbed, but you know how rumors go.  A few years later, I suggested it as a band name ! 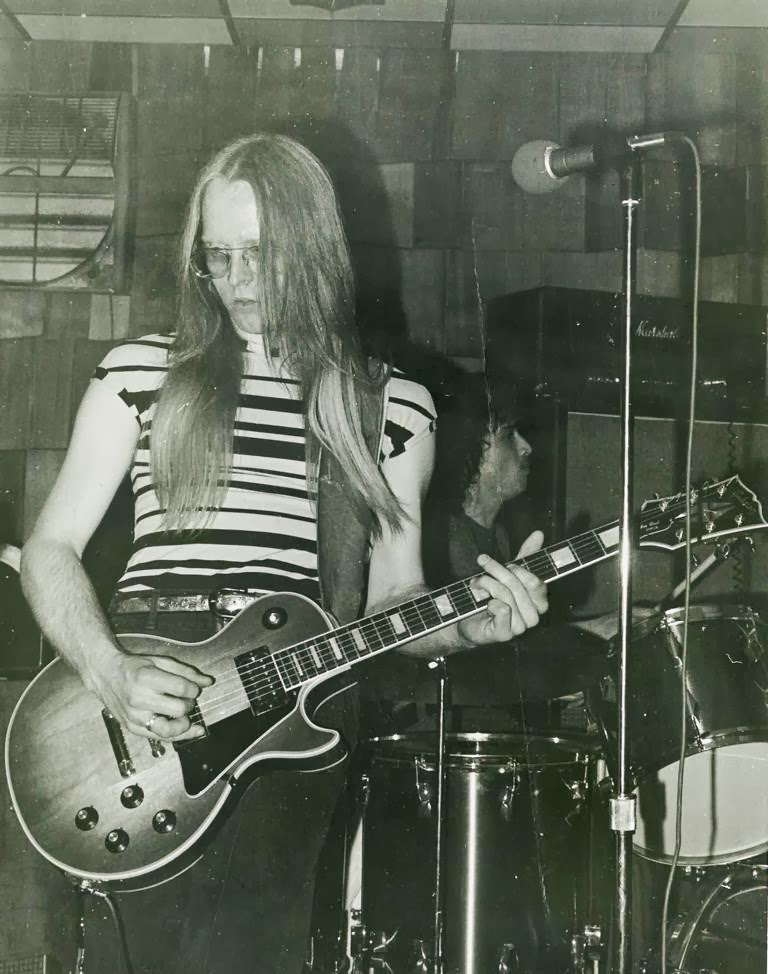 7.What where some of the best shows the band played during its existence and also how would you describe your stage performance?

There has been so many shows, some packed clubs, with people showing appreciation for the music. That is a great feeling, when you connect to an audience. Yes, I enjoyed opening shows for famous artists, and what an energy that was. However, when a place is filled with people, who are loving a good time, it’s hard to beat that magical feeling of connecting with songs you wrote, and played with your soul showing it’s glow.
We can really get heated up, putting on the show with every ounce of our being.
I try to give my all, at every show.

8.Can you tell us a little bit more about the musical direction the band had taken after the "U.S Rock" album?

We decided to try to expand our sound, and keep doing different sounds, so we didn’t get stuck with the all songs sound very similiar routine. A little variety can make things more fun ,and keep more people engaged , for a longer life for the songs. I really like a lot of different music, and don’t like to get stuck in a rut,and keep repeating myself too much.
Inspiration comes in so many forms. My love affair with the guitar, has kept me looking for more song styles, ideas, and love of jamming on a nice guitar.

9.Can you tell us a little bit more about what happened with the band members after the demise of 'Poobah" did they continue with other bands or did they leave the music scene?

Some of them joined other bands, but never made albums that got noticed. I just kept on forming new bands, no matter who quit. I would keep finding some way, to get the money to record my songs. I wrote songs all the time, it has been my thing.
You can’t make people be sensible, and many tell me they miss playing with Poobah, but when I think about how much some made others suffer ,from bad manners, no business sense, and a prima donna personality, I was glad they left. I now have 13 Poobah albums, because I would not let others sink my ship.

10.Back in the days how was the feedback to your music by rock fans?

Poobah got to play a lot of shows with fans supporting us. They keep showing up at concerts ,with albums and CDs they would like signed. That is an honor for me.We have had so many ups and downs,like most, but I have had a very fun life. I really got to meet many cool people, and play my guitar ,having a great time, doing what I love. It makes a musician proud ,to play his own original music, and see others respond in a positive way.


11.Do you ever see the band doing a reunion tour or album in the future?

Original bassist, Phil Jones, passed away from cancer around 5 years ago. He was a good friend, and excellent musician. He played great parts , and was good at entertaining
audiences. Others, I am always happy to see friends, so I am not against jamming with former members. I have never stopped playing, so it’s always been a shifting ,changing , landscape for me, in music.

12.What were some bands or musical styles that have influenced you as a musician ,and also what are you listening to nowadays?

I grew up hearing my Dad’s records of Elvis, Everly Brothers, then my older sister got me hooked on Beatles, Stones, Animals, and Dave Clark Five. From there I heard Cream, Jimi Hendrix, Yardbirds, Sabbath, Deep Purple,and wow, I was in love with those awesome bands. Led Zeppelin and the Who thrilled me. Love those old Ac/Dc albums.
Sometimes Joe Walsh , or Phil Keaggy would play where I lived, and those guys were so good. I started listening to Al DiMiola ,Bill Conners, Steve Morse, and so many good players. Leo Kottke was refreshing, Johnny Winter soared, and Michael Hedges was amazing. I listen to so many people from Joe Bonamassa, to many new artists. If it is good, I like it.

13.Do you have any non musical interests?

Being a pro musician , takes up a lot of my time, with doing lots of shows, rehearsing , writing, taking care of all the behind the scenes business. People may not realize how much time will have to be invested in building a business of a pro band.
I like sound, and stereo equipment, and love turntables, amplifiers, and speakers.
Recording equipment has interested me since when I was 12 years old, when my dad gave me a tape recorder. I was facinated with sound, and it only gave way to more interest in making recordings. Did I mention my love of guitars, ha ha.

Thanks for asking me about my life with the band Poobah. It certainly has been, and still is, a fun ride. I have had so much fun, and we are ready to release another new Poobah album, that was just recorded. This means more live shows, and more new songs
coming your way!
This US Rock album is a sweet project for me ,to see be reborn. Ripple did a nice job, and
It inspires me to want to play more guitar. Watch for more new Poobah, coming soon.
It will show up on iTunes, and better record stores , worldwide.

"U.S.Rock" by Poobah - re-released on Ripple Music - will be officially coming out in the UK on February 10th & in Europe on February 14th of 2014! 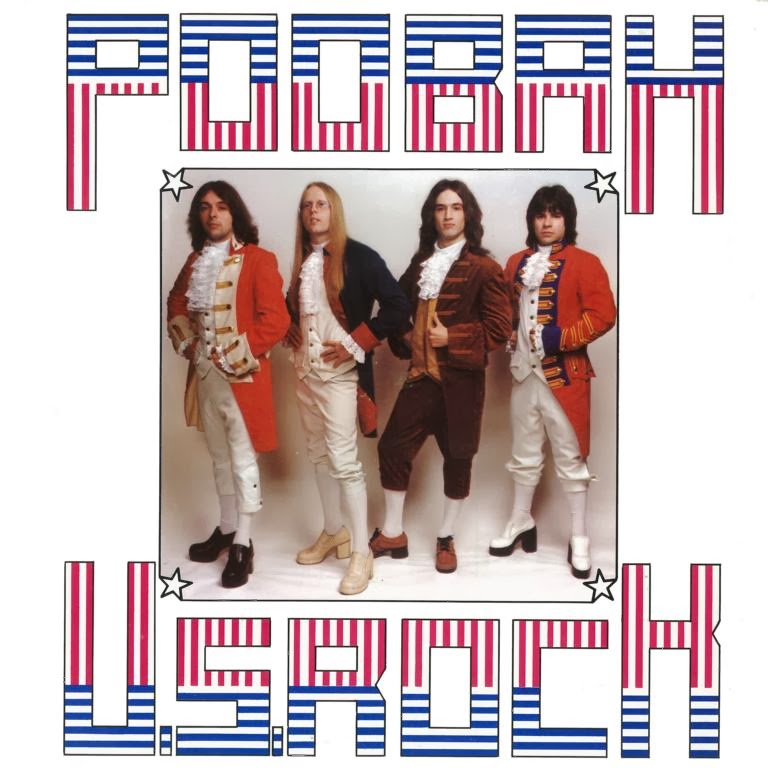