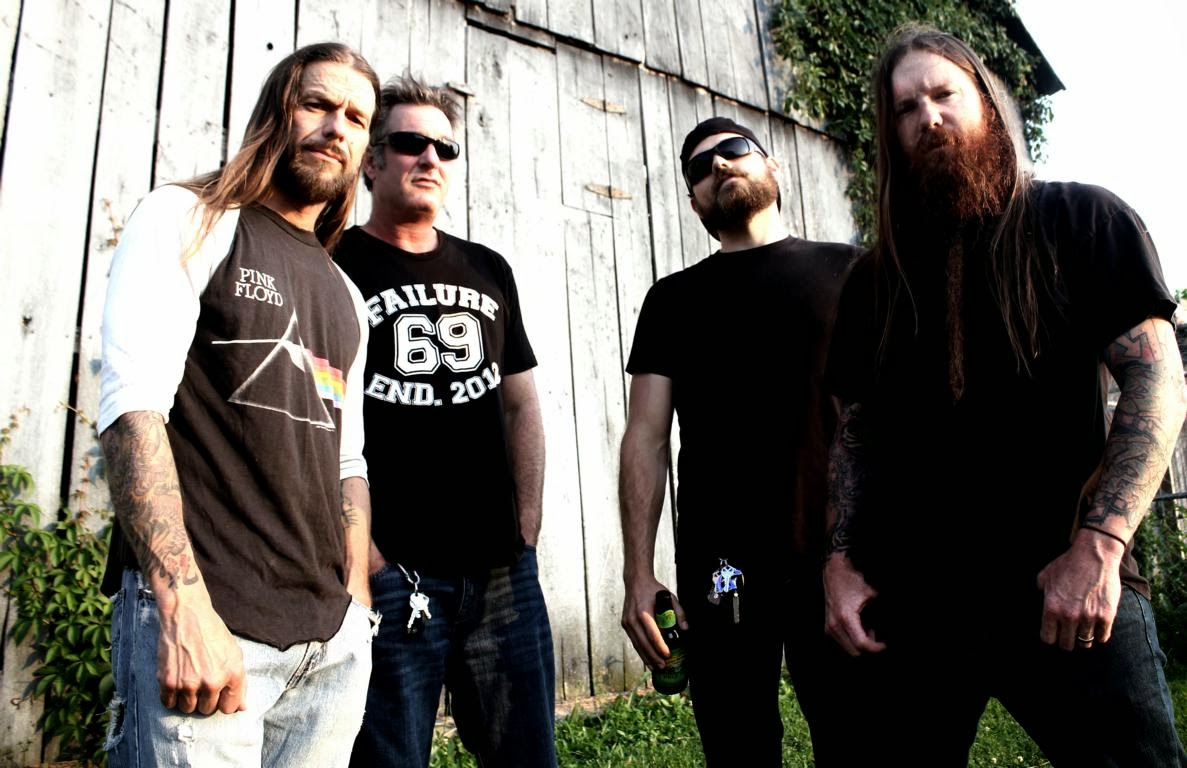 1.Can you give us an update on what is going on with the band these days?

We have played a few shows recently. We were nominated for 3 Cincinnati Entertainment Awards.
Where we live, there is a big music awards thing that happens every year for all genres of music. It was an honor to be nominated for Best Hard Rock band, Album of the Year and Best Music Video.
We performed at the award show and we ended up winning Best Hard Rock band. Super good times.
We are currently in the studio recording an acoustic style record.

2.For those that have yet to hear the album how would you describe your musical sound?

Some people call it Stoner Rock. That kinda seems to be the cool terminology these days. I love that style of music, don’t get me wrong… I think our sound is more Heavy rock and roll. I personally think there are elements of COC, Down, Sabbath… even ACDC. Our record is an entire piece of music and I think it represents Moonbows sound…

I pretty much write all the lyrics in this band. It all boils down to life experiences. This first record is a lot of stories and tales… some personal journeys… I love writing… I am currently working on tons of new stuff for our acoustic record and our next heavy record. Always have my Iphone handy to record vocal ideas.

4.What is the meaning and inspiration behind the name 'Moonbow'?

We come from an area of Kentucky. There is a place called Cumberland Falls nearby and is one of the only places on earth you can see Moonbows. David our guitarist came up with it and it stuck.

To be honest, as a band, we have not played a ton of shows. But heres the deal…. I love to sing and perform.  Our shows are really rocking man…. Everyone in the band likes to play the baddest ass shows we can. Long hair, beards… beer, denim and a lot of headbanging.

Yes. Right now we are focusing on recording the acoustic record. Our bass player is currently touring Europe with his other band Valley of the Sun.  David will be touring with Hank 3 in May. The plan is to tour Europe at some point later this year. 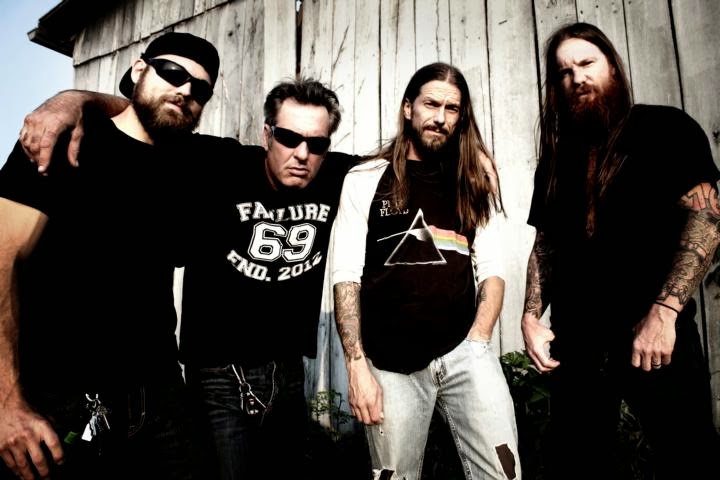 7.On the new album you had John Garcia doing guest vocals on one of your songs, do you feel this has helped out a lot to getting your music out there heard?

John is a good friend of mine and one of the baddest ass singers ever. It is awesome to have him on our record. He had full creative control of the track. I definitely think that it is a good thing having John on the record. John has really helped introduce me to a lot of people and hopefully Moonbow will do some touring at some point with Garcia.

8.Recently Cobraside Distribution re-released your album what are your thoughts on the final product?

9.On a worldwide level how has the feedback been to your music by fans of rock and metal?

There has been a great response from fans. I want to thank Mona Miluski at Platinum PR for doing such a great job getting our band out there. We could not have done this without her. I could not be more happy with the response that we have gotten.

10.What direction do you see your music heading into on future releases?

11.What are some bands or musical styles that have had an influence on your music and also what are you listening to nowadays?

For me, I grew up listening to metal, and hard rock. From a singers point of view… I really loved the stuff Layne Staley, Mark Lanegan, John Garcia of course. I also was a big fan of Pantera and Life of Agony. I am not a fan of cookie monster style vocals. Its gotta have a good melody for me personally.

12.Do you have any non musical interests?

I have a lot of interests. My family…my beautiful wife and 2 kids are everything. I run multiple BMX bike brands. I love Beards! This list goes on…

Thanks for the interview and be looking for more from Moonbow…. We are just getting started. 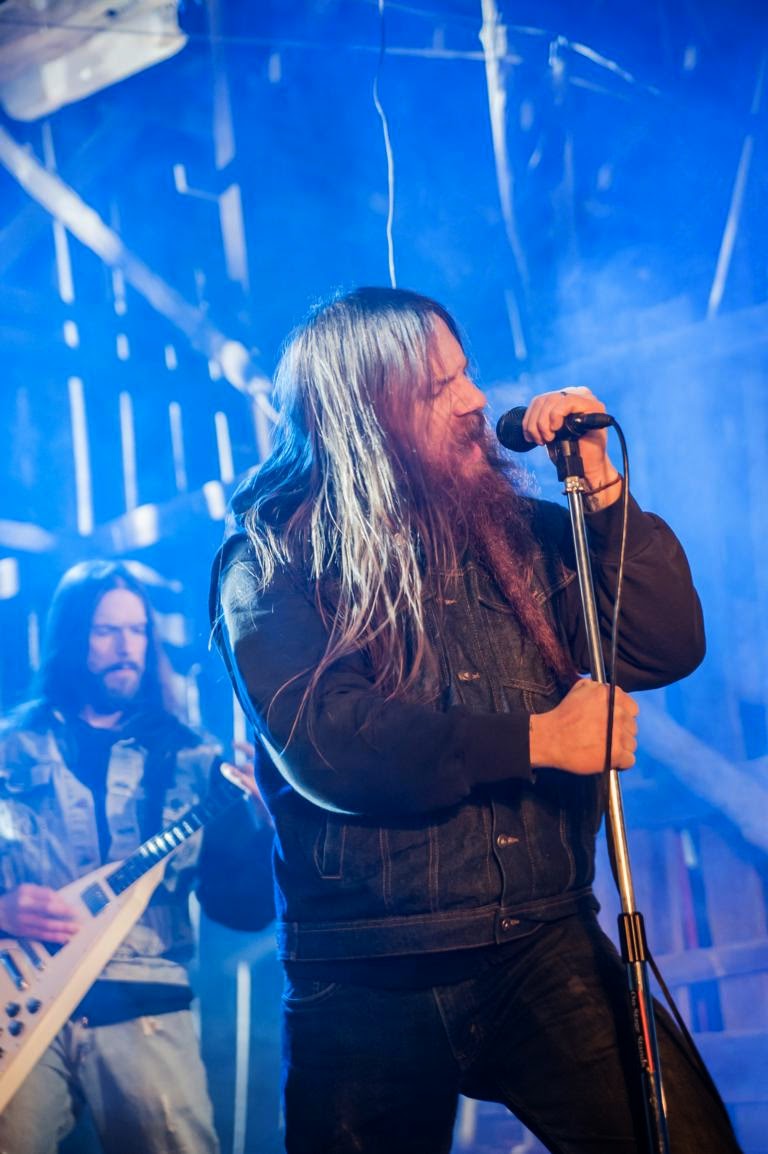 Posted by OccultBlackMetal at 10:24 PM