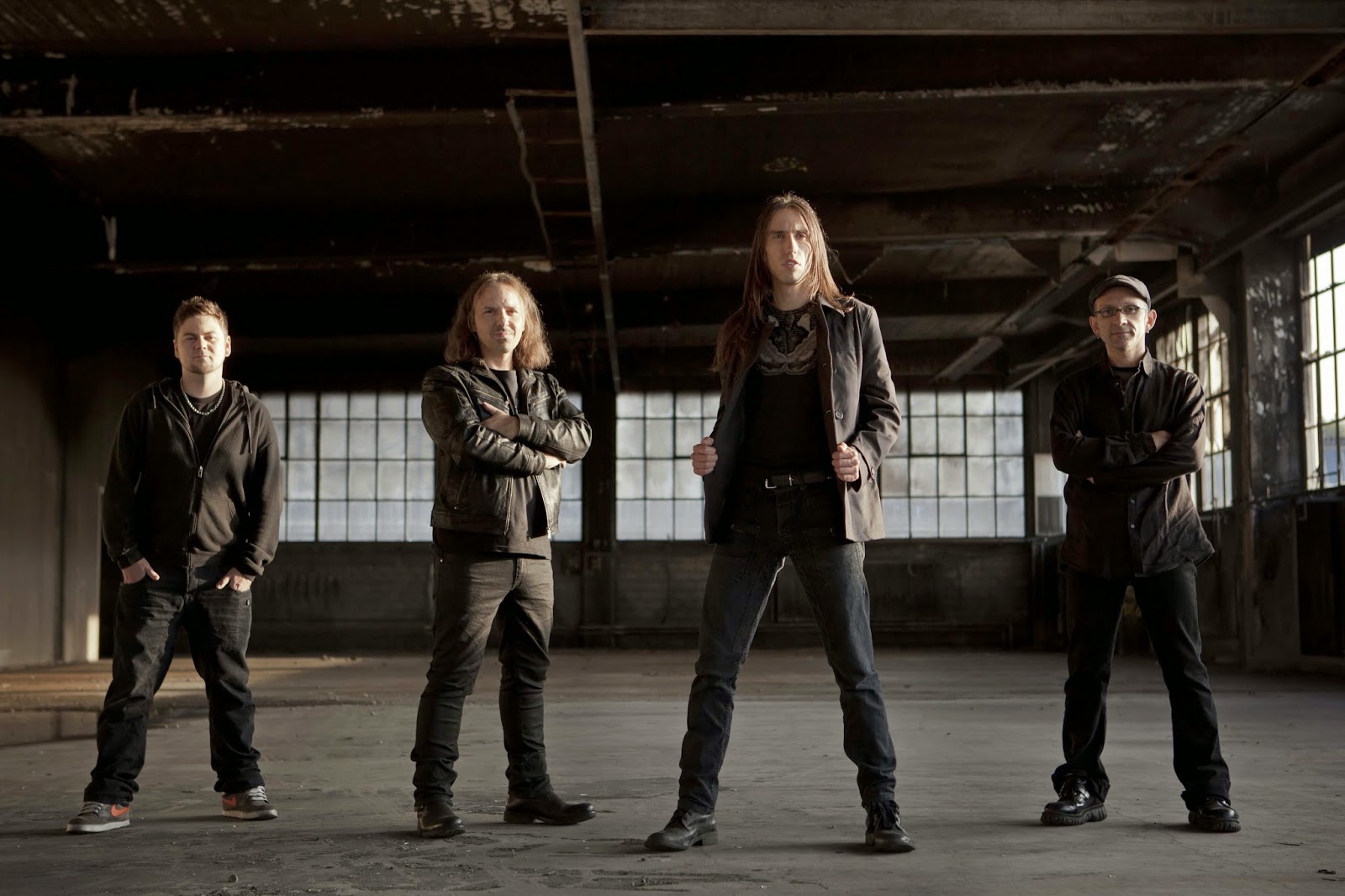 Of course! Well Khaøs is a very challenging project. The band was formed in mid 2012 originally as an Internet project connecting members living in Europe and US. Khaøs is: Chandler Mogel on vocals, myself, Mark Rossi on guitar, N I c Angileri on bass and Trevor Franklin on drums. The band was connected through German producer Rolf Munkes. In his Empire Studios in Germany we recorded our debut EP ‘Rising’ that was then completed by Chandler in New York and Nic in Switzerland.  It contains 5 songs and two radio edits. The EP has been the ideal vehicle to introduce the sound of the band to a wider audience.  After the release of ‘Rising’ in the fall of 2012 we decided to continue our common work and immediately started working on our full length album ’Risen’.

2.You have released your first album in October, how would you describe the musical sound that is presented on the recording?

Fresh Modern Hard Rock with a good blend of heaviness and melody! Soulful and energetic mid-tempo songs enriched by thought provoking lyrics with a deep meaning. It’s muscular and filigreed at the same time, with light and shadow.

It explores today’s society and its craziness. Personal struggles, unanswered questions, mental mechanisms, fear and hope. You won’t find many fun songs on our album, although we have plenty of tunes with a good and positive vibe. Take ‘Exalted’ for instance this is THE positive song par excellence! I think you can have a party without walking the usual path of drugs, naked women and rock’n’roll (laughs).

4. What is the meaning and inspiration behind the name 'Khaøs'?

Khaøs is basically something born out of nothing. It wasn’t planned to form a new band at the time. It’s a musical project that we developed together while recording our first EP and later our full-length album ‘Risen’ that was recorded right after the EP came out. The inspiration comes from the idea to write good songs with a bunch of great musicians and to strive together for the same goal.

5.The band members both live in America and Switzerland and so far have recorded everything through the Internet, are you planning on taking this band from just being a studio project to doing live shows?

Yes definitely. To celebrate the release of our second video ‘Exalted’ we just played a live acoustic show on November 18th in Switzerland in front of an intimate audience and it went really great. We’re discussing about future gigs for next year as we speak. I don’t know where exactly but we will make it happen. Finally!

6.The album is coming out on MRR Records, can you tell us a little bit more about this label?

MRR is our own label.  We knew from the very beginning that using our label might have been an option. We shopped the album at the beginning of 2014 but it took too long to obtain reliable answers from bigger labels. They seemed all very busy promoting their existing band rosters and less interested to risk in something new, in a new band to be built up and sustained.

7.On a worldwide level how has the feedback been to the music by fans of metal and rock?

So far it has been great! We have had some astonishingly good feedback from new people who have just discovered the band through our new videos and the new album. Some ordered t-shirts and our previous work. We still have a couple of signed EP’s, which you can only purchase directly on our Facebook page. So if you like the new album you might also like the EP.


8.Are the band members involved with any other musical projects these days?

Yes, my band mates are really busy with other bands and projects. Chandler is singing for Greek/US Melodic Rock band Outloud. They’ve just successfully completed a European tour and even played in Sweden on my birthday (laughs). He has another great L.A. based band called Chrome Public. Really modern sounding combo I very much like. Nic is busy with Swiss Hard Rockers Alto Voltaggio and Norwegian guitarist Tore Moren. As for myself, I’m only playing for Khaøs at the moment but I’m also working on new songs as we speak. I’ve just started a new pre-production and the list of ideas is rapidly getting longer. I’m very excited about this new material. It sounds very fresh, raw, fast and furious (laughs) and may perhaps attract a more metal-oriented, headbanging audience. It’s a bit early to talk about future releases though. Let’s keep up the good work and vibe for now. I’m pretty sure this material will see the light of the day sooner or later.

Hard to tell…  I think we will surely keep a good blend of melody and energy, which are without any doubts the main elements of our sound. Personally I would like to spend more time on the whole production and on the overall sound next time. I don’t want to leave anything to chance, work out the songs more accurately and strengthen the good stuff we already have done so far. I’m very excited to write some faster and punchier songs with this band. ‘Risen’ is filled with mid-tempo tracks that are just great for this record. I think the next record might get benefit from a couple faster songs and offer some more surprises.

Back in the 80’s I started with The Beatles. It was when I picked up classical guitar at the time acts like Madonna and Cindy Lauper were really huge and filled the hitparades almost everywhere. I was attracted by real bands playing real instruments. One day I’ve seen Angus Young playing ‘You Shook Me All Night Long’ on TV and I knew I had to learn how to play electric guitar. I started dreaming about having a Gibson SG. From this moment on my musical taste changed a bit and I started to follow guitar oriented bands with strong and charismatic guitarists. The louder the better (laughs). Slash, Randy Rhoads, Steve Ray Vaughan and Jimmy Page soon filled the walls of my bed room. I discovered AC/DC, Guns n Roses, Ozzy and The Cult. These were my absolute favs. Then shortly after the turn of the new millennium  I discovered Creed and Mark Tremonti and later around 2005 Alter Bridge, another big influential band. Today I’m still listening to the same old bands and players I’ve always loved. From Tremonti and Alter Bridge, Metallica, to Slash and the Conspirators, Pink Floyd, AC/DC, plus newer ones such as Shinedown and In Flames.

11.What are some of your non-musical interests?


12. Before we wrap up this interview do you have any final words or thoughts?

Well our album ‘Risen’ is out now. We have a fantastic worldwide distribution deal with Plastic Head in England. Go to their shop and buy yourself this album. This is the best way to support our band. Plus we have two great videos on our YouTube channel. It might be worth checking them out. Here some links for you:

Posted by OccultBlackMetal at 3:16 PM