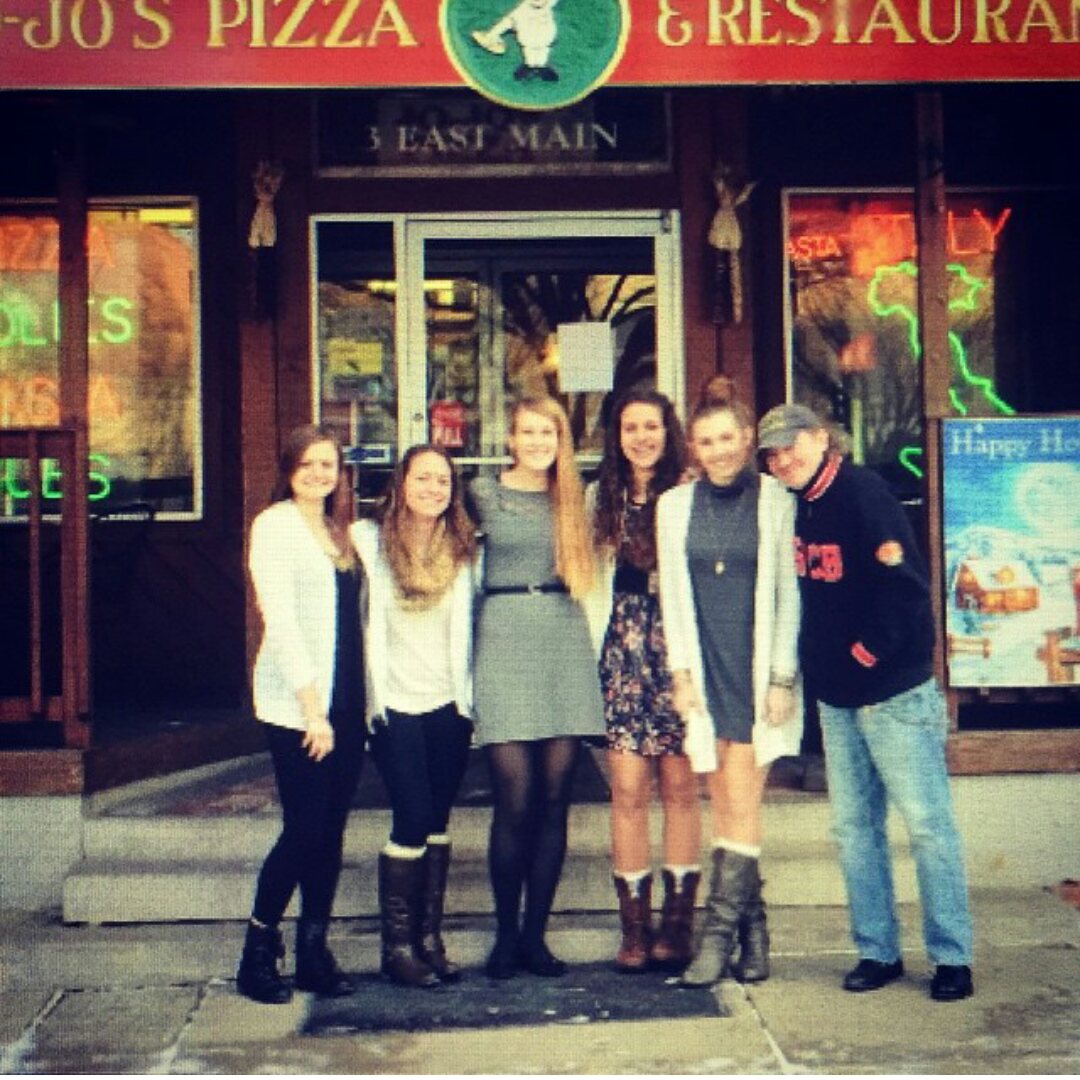 1.Can you give us an update on what has been going on with the band since the recording and release of the new album?
ktb-Lots of touring. We released the album on August 15th of 2014, the first day of our UK tour. We went on to play 51 shows across the UK, Scandinavia, and Europe. It was a great tour. We were back in West Virginia for about 45 days to recharge our batteries and get ready for the next tour. We are now 3 days into our US winter tour, on our way to Pittsburgh as we speak.
- Alex - Maddie had a baby. The dad is in jail though.
- Sara - I got a new car, its nice that we can afford it.
- Jenn - We won the state basketball match.

2.In August you had released a new album, how would you describe the musical sound that is presented on the recording and also how does it differ from the stuff you have released in the past.
- jenn - It rocks, it sounds great. Its something we've never before. ITs something youve never heard before.
-Sara- Really excited, we think we made something that can reach people better.

3.In the 90's you had released one album that had vocals but every album since then has been instrumental, are the band members open to ever using vocals again the future?
- Alex - No cause we suck at singing!

4.The band was broken up for a few years, what was the cause of the split and also the decision to reform?
-ktb- There were many causes, lots of tension between band members. The decision to reform came from interest from fans, US and European.
- Alex - We were fighting over a boy, but we got back cause he was totally stupid. He went to jail, so he was out of the picture, he stole from all of us. He even stole my car....

5.What is the meaning and inspiration behind the name 'Karma to Burn'?
- Alex - it was the guy, he needed his karma burned

6.What are some of the best shows that the band has played over the years and also how would you describe your stage performance?
- ktb - A lot come to mind. Hellfest (2009, 2011, 2013), Duna Jam, Graspop, Opening for Accept in Germany,

7.Can you tell us a little bit more about the tour you have planned for 2015?
- Jenn - Going all across the country,
-Maddie- Im excited to go to LA, I like to party.

8.The new album was released on Faba Records, can you tell us a little bit more about this label?
- ktb - Swiss based label, relatively new.

9.On a worldwide level how have your fans reacted to the new album?
- Jenn - they love it. They want more.
- Alex- they cant stop dancing.
]
10.Where do you see the band heading into musically during the future?
- Jenn - We are going to have a number worldwide number 1 single.
Posted by OccultBlackMetal at 7:26 PM