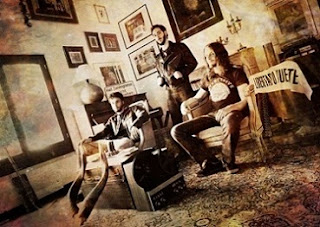 Vocals  are  mostly  clean  singing  stoner  rock vocals  with  some  screams  being  utilized  at  times  as  well  as  some  spoken  word  parts,  while  the  lyrics  cover  dark  and  everyday  themes,  as  for  the  production  it  has  a  very  strong,  powerful,  heavy  and  professional  sound  for  being  a  self  released  recording.

Posted by OccultBlackMetal at 7:21 PM