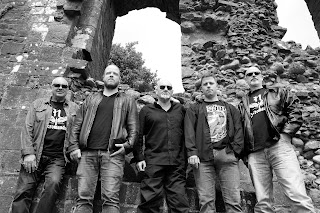 Answer. We don't let the grass grow! We are 5 tracks into another album and still writing. We are doing a “coming home” gig on September 22nd but probably won't do much more live work until we finish this next album. That gig will be dedicated to my late great mates, Baz, Billy and Dennis.  We are discussing opportunities for gigs and festivals in 2018 and expect to be performing in Europe.

Answer. We tried to keep faith with the true Necromandus sound,  Dean used Baz’s original guitar working with some of Baz’s unreleased recordings and also included period synthesizers. Our great producer Tom Tyson spent many hours keeping things the way I wanted them. Rolling Stone once described the sound as “Yes plays Black Sabbath”, I think thats fair although there’s a little jazz fusion in there now.

Answer. The band split because our uniquely talented lead guitarist gave way to his depression and couldn't continue in our planned recording and touring commitments. You can't replace the north of England’s best guitarist just like that and Necromandus couldn't continue. I always wanted to re form it if I could find the talent and after many years I heard Dean Newton play and John Branch sing like his father - that, followed by a lot of hard work got us where we are now.

Answer. I don't like these tags but yes, if we’d stayed together, released the album in 73/4, toured the States with ‘Sabbath as we planned etc etc, our sound would have got through and had some influence.

Answer. We come from Cumbria, lakes, mountains - border country. Conflict and beauty are constant themes, people have to be tough, but art, prose and poetry have always featured. Many of our songs relate to that heritage, border battles, the sea and hardship.

Answer. Honestly it was a bit of a mix up between Necromancer and Nostradamus after Tony Iommi told us we needed to change our name from Hot Spring Water. 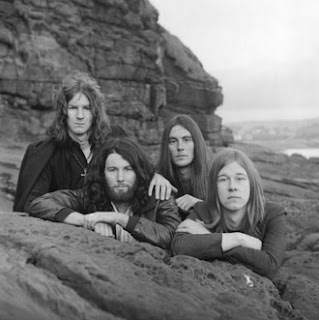 Answer. The best gigs were with ‘Sabbath, working with the great Bill Ward was always my inspiration and despite all the problems, Ozzy, or John as I knew him, was amazing. Really enjoyed being supported by Judas Priest as well.

Answer. As I’ve said theres the “homecoming” gig and we expect to do some solid dates next year.

Answer. Its been astonishing, We’ve had great reviews in the USA, Australia, great support from fans in Brazil and Chile plus incredible press in France, Germany and Sweden. I’m doing interviews on almost a daily basis. Necromandus are definitely back!

Q.What did we do after the break up.

Answer. Baz, Dennis and I formed Blizzard of Ozz, when Ozzy “left” ‘Sabbath for a while. Baz was also with Violinski which featured John Marcangelo, Necromandus current keyboard player. We all continued to play in a number of bands and I regret not taking up an offer to play with Genesis when Phil decided to go up front and sing.

Answer. New album, probably released next summer on our Mandusmusic label. It will be a mix of old and new like the “NECROMANDUS” album.

AnswerI would still say Yes were and are a great influence but I love great drummers from all music genres and jazz fusion is having a real impact lately.

Answer. Oh dear!, I’m pretty much focussed on music, I practice 3 or 4 hours a day and because I’ve got some health issues, thats pretty much my main focus in life. I love my music and Necromandus is pretty much my obsession again nowadays.

Answer. Well its been a real roller coaster, but to get to a position where I can proudly say we are producing great music, faithful to the amazing sounds that Baz, Bill, Dennis and I developed all those years ago makes me very proud. I’m lucky to have a great band around me and with old friends like Tom Tyson producing and Tim Knowles managing both the band and the Mandusmusic label, I really positive about the future. 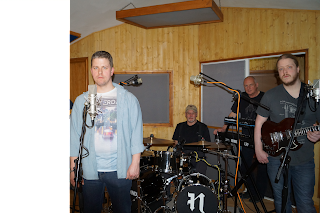 Posted by OccultBlackMetal at 11:52 AM