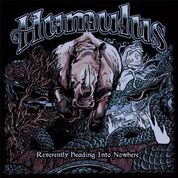 Humulus  plays  a  style  of  stoner  rock  that  is  very  heavy  and  psychedelic  sounding  as  well  as  mixing  both  the  70's  and  modern  styles  together,  the  production  sounds  very  professional  while  the lyrics  cover  dark  themes.