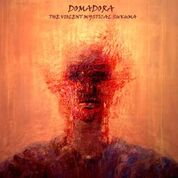 Domadora  plays  a  style  of  stoner  rock  that  is  very  heavy  and  psychedelic  while  also  mixing  in  more  of  a  shamanistic  atmosphere  to  create  a  sound  of  their  own,  the  production  sounds  very  professional  while  the  lyrics  cover  darkness,  shamanism,  and  real  life  themes.