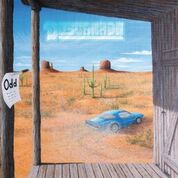 Descarado  plays  a  style  of  stoner  rock  that  is  very  hard,  heavy  and  aggressive  sounding  along  with  a  great  amount  of  energy,  the  production  sounds  very  professional  while  the  lyrics  cover  dark  themes.