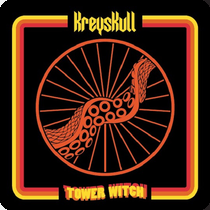 When  acoustic  guitars  are  added  into  the  music  they  enhance  the  progressive  and  retro  70's  style  atmosphere  of  the  recording  and  on  the  title  track  there  is  a  brief  use  of  female  vocals  before  going  into  a  short  intro  that  includes  melodic  and  ritualistic  chanting  before  making  a  return  back  to  a  heavier  musical  direction.