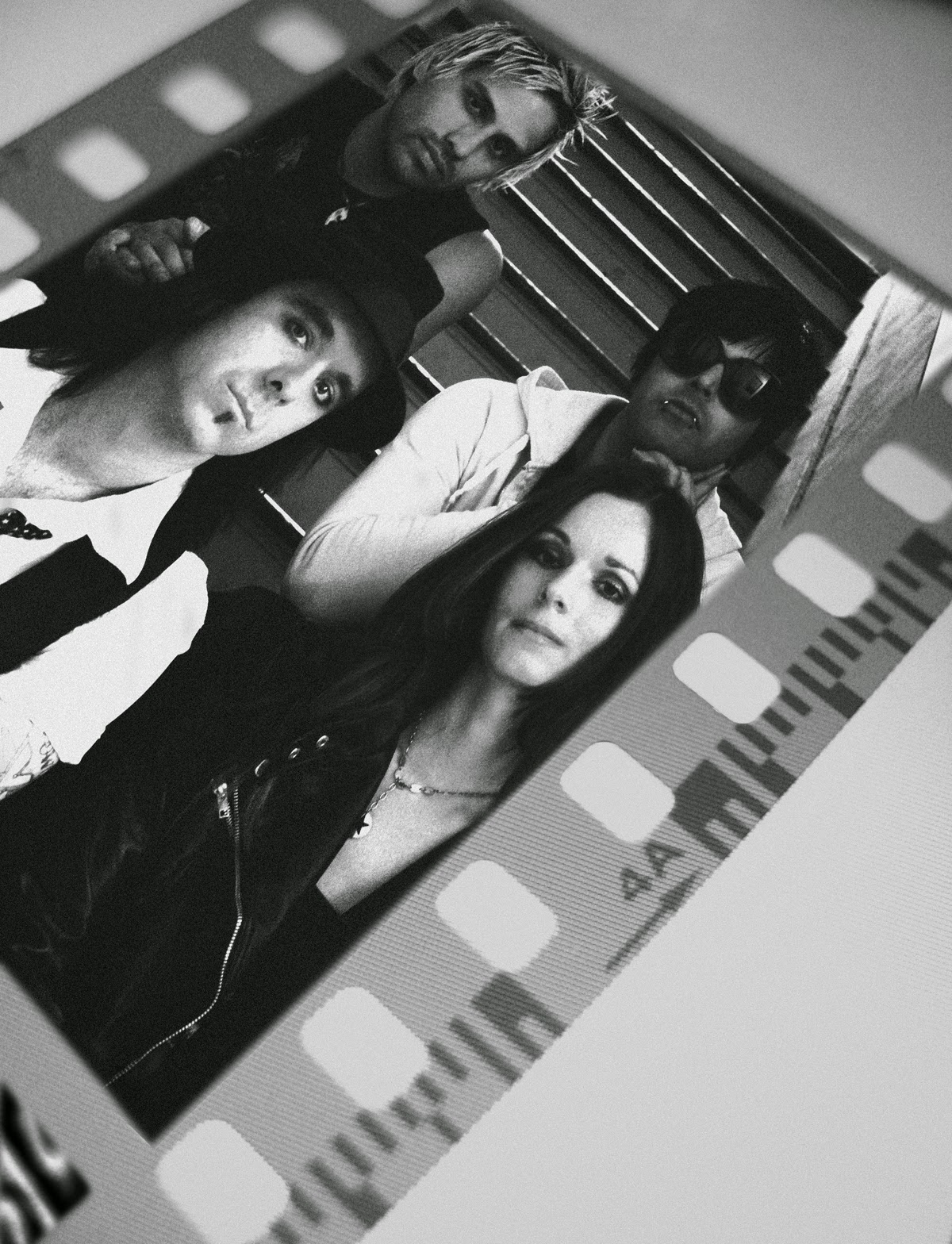 We did a tour in Switzerland and Germany to promote the album a bit, and have been planning a US promotion campaign, including planning some touring and radio promo.

I think we have progressed as writers, and the new album is more cohesive than the other two. The material has more of a thread throughout the album. We are always writing and trying new things, but we aim to keep our rock and roll identity.

The lyrics are written from personal experience in 99% of our songs. The topics range from having a great fighting spirit, and thinking positive (Fire Away) to the struggles of everyday life (The Dog Years)  or relationships gone wrong (Love is  A Killer) or even social commentary from what's going on around us in our city (World Gone Insane) so we don't focus on one thing as a topic. It's more about telling stories about what we observe.

4.What is the meaning and inspiration behind the name 'Elegantly Wasted'?

It came from a quote by Keith Richards actually. But we look at the meaning as "If you are going to waste time" hanging around just enjoying life, do it feeling and looking good, and do it with some style. It doesn't refer to being intoxicated all the time as some might think.

We aim to put on a high energy, fun to watch live performance, because we think it's missing a little bit from bands these days. Many bands just get onstage, stand still, playing the songs
without trying to engage the crowd. We try to make it an experience and a good time.

As far as best shows, We have played a few cool shows for sure. The House Of Blues in Hollywood and a few other local gigs at the Whisky and the Viper Room in L.A. stand out. But some other ones are a great night at the club "Wild At Heart" in Berlin, a few gigs at "Paunchy Cats in Bavaria, a recent gig in southern Germany with our friends in the band "Raygun Rebels. A  couple of cool beer festival shows in Switzerland, like "Rock Am Schwarzsee" were great shows as well. Opening for "Drowning Pool" at a club in Ohio was also fun.

We are planning another trip to Europe for late spring 2015, and also hope to be touring part of the US next year.

7.The new album came out on Flaco Music, can you tell us a little bit more about this label?

It's basically our own label and we are still searching for a record deal to get better distribution, but in the meantime, we put the CD's out on our label.

8.On a worldwide level how has the feedback been to your music by rock fans?

We have gotten good feedback from a few places. German fans seem to like us where ever we have played, and we are doing fairly well in Switzerland. The US is so big that's it's tough to tap into other markets than the local scene with out extensive touring, but we have gotten positive reviews from US websites and also had good gigs in the midwest and on the west coast.

We are already in the process of writing for the next release, which will most likely be a hard hitting EP, and the music is taking on more of an AC/DC meets Foo Fighters vibe. So in other words, staying classic but with a modern edge.

Influences are many, but I would say big ones are classic hard rock from the 80's like KISS and AC/DC, but we listen to a lot of things that influence us when we write. 90's stuff Oasis, Alice in Chains and Rage Against The Machine, but also more modern rock like Muse, Foo Fighters, and even bands like The Black Keys. We don't set out to write a certain way, we just sit down and play and have a vibe in mind.

Mostly spending time with friends and going to other people's gigs, but also watching sports to get away from music sometimes. We are big hockey and soccer fans so we follow a few different teams in those sports. Going to see sports live is great getaway and can almost be like going to a concert at times.

I think it's important to mention that we think people should respect the art and the work that goes into making records and play shows a bit more. I believe real fans of music will always buy the CD's and sharing music for free is always gonna happen, but I hope in the future, the artwork and the physical albums don't go away. Also I hope that clubs and other venues keep live music around, because there is nothing like seeing a great live band. Keep it Loud and stay true! 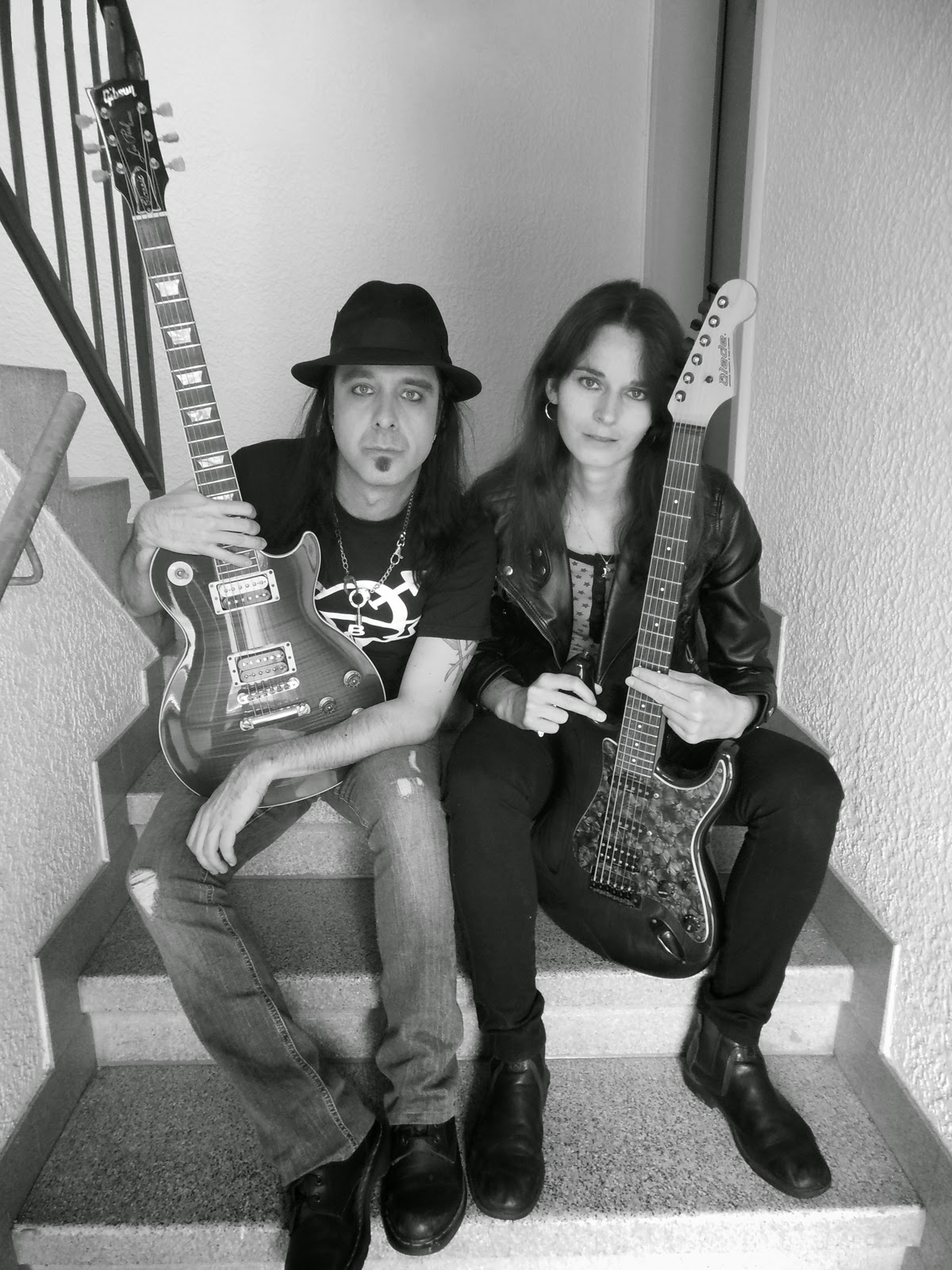 Posted by OccultBlackMetal at 7:35 PM