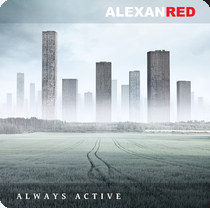 Alexanred  continue  their  mixture  of  industrial  rock  and  metal  on  this  recording,  creating  a  sound  that  is  both  heavy  and  very  melodic  at  the  same  time,  the  production  sounds  very  professional  while  the  lyrics  cover  dark  and  real  life  themes.