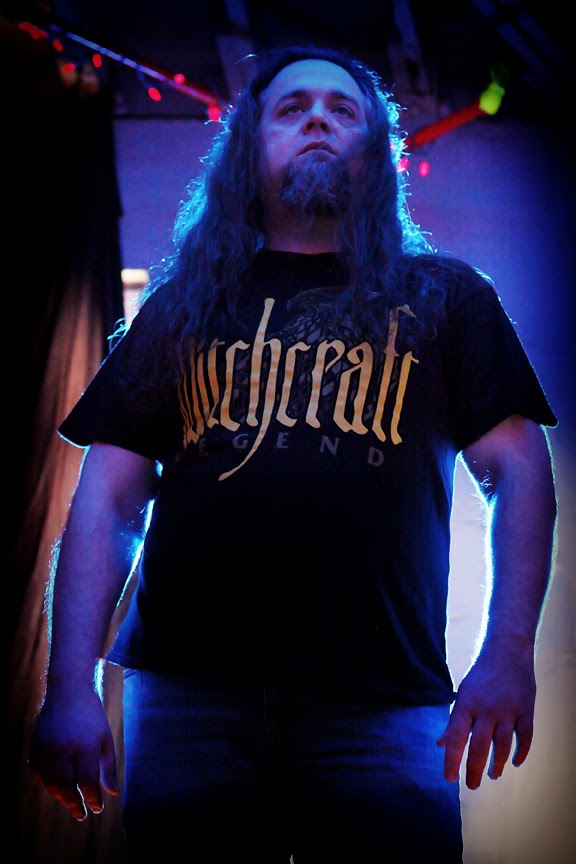 
Sure! We’re a pretty new band, formed in January of 2013. After some lineup shuffling, I started writing for this record in October of 2013 with the intent of it being a solo release. I ended up having a great crew of collaborators and guest musicians from really cool bands joining for this release.


2.You have a new ep coming out in October, how would you describe the musical sound that is presented on the recording?


To me, the record is classic heavy metal mixed with doom metal with a bit of a modern sheen on it.


The lyrical topics are all very personal to me. Broadly speaking, each song is about a particular event in my life.


4.What is the meaning and inspiration behind the name 'Northern Crown'?


The name comes from the constellation Corona Borealis, which literally means Nothern Crown.


5.What are some of the best shows that the band has played so far and also how would you describe your stage performance?


The band/lineup has changed substantially since the last show, so it’s not really relevant to what we’re doing now. I’ve been told my presence on stage is “scary”


6.Do you have any touring or show plans for the future?


Geographic realities are making it difficult for us to play shows right now. If pieces fall into place, we’d like to play this songs live for sure.


7.On the ep, you did a cover of Candlemass's  "Crystal ball" what was the decision behind doing your own version of this song?


Candlemass is one of my absolute favorite bands and that song is just so HEAVY and EPIC...I thought it fit in well with what we’re doing...and our singer, Frank, is somebody that can pull off a dramatic song like that convincingly.


8.Currently you are unsigned, are you looking for a label or have received any interest?


We’re still early in the process, so no label interest yet. If signing made business and creative sense, this sure. That being said, I really enjoy the DIY process.


9.On a worldwide level how has the feedback been to your music by fans of doom metal?


Ask me this again in a few months. All the response so far has been really positive, but it also hasn’t been widely distributed yet.


10.Where do you see the band heading into musically during the future?


We’ll still be writing epic, emotional songs, although I will be adding a couple more up-tempo tracks on the next release.


The biggest influences on this band are Black Sabbath, Candlemass, Dio and My Dying Bride...I look at Northern Crown as me attempting to play the style(s) of music that those 4 bands represent.


Lately I’ve been listening a lot of the retro sounding rock/metal coming out of Sweden….bands like Witchcraft, Graveyard and Horisont. It’s a cool sound. Also, for some reason, Edge of Sanity “Crimson” has been on constant repeat in my car lately.


12.Does Occultism play any role in your music?


While there’s a bit of a spiritual bent to the lyrics, there’s no particular occult influence on the music.


I’ve produced a few bands over the last year, although I guess that’s a musical interest. I’ve been pretty successful as a software engineer. Huge video game nerd and I spent quite a bit of time in the gym or running.


Thanks for taking the time out to talk to us! The debut EP will be out on October 14, will be available on CD and all the typical digital outlets (Bandcamp, CD Baby, Amazon, iTunes).

Posted by OccultBlackMetal at 9:47 AM