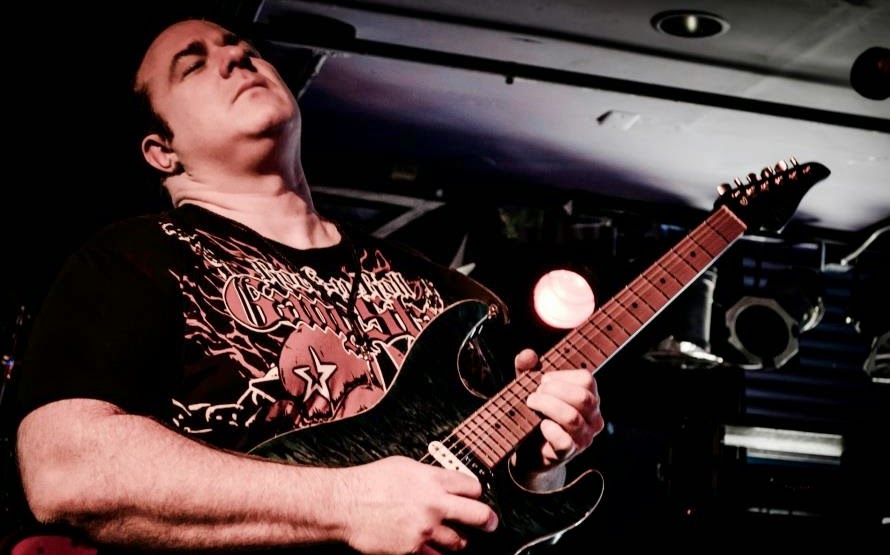 1.Can you give us an update on what has been going on since the recording of the new album?
Well, this current album, Guitarcadia was recorded and released quite a while ago.  So, I would say A LOT has happened since then.  We’ve toured the Midwest, playing at Skull Fest and Wolf Fest last fall, we also played Rock Harvest II in Maryland, as well as some other openers /festival events in Illinois, Ohio, Maryland, and NY.  I’ve played out at NAMM Metal Jam in LA for the past couple of years.  That’s always an amazing time with some unbelievable musicians.  NAMM is the best!  I’ve had my signature series model, XD727 McNaught Guitar hit the market.  That’s a huge honor for me.  We’ve also been doing a ton of openers here in our home base of Pittsburgh, too.  Now, we’re working on our follow up record, Dancing Through Daggers, which we hope to have out last summer.

2.Recently you have released a new album, can you tell us a little bit more about the musical direction of the recording and also how does it differ from the stuff you have released in the past?
Guitarcadia, being my first album release was definitely more instrumental, shred guitar-based.  I wanted to put out something that was like the Shrapnel-era records.  Those were amazing times, with incredible players.  Nobody had been putting that kind of stuff out, and I thought it was the perfect time to do it.  Now, with the newer album being recorded, the direction is definitely more vocal and mainstream, keeping the progressive and shred elements.  Very melodic, heavy and in your face.  Much less instrumentals this time. Of course, this is more of a band album, with XDB.   However, I will be working on another “solo” record, that will be more of the instrumental stuff, like the first album.


3.On the new album while most of the stuff was instrumental you also had a few tracks that had vocals, are you planning on using more vocals in the future or do you prefer instrumentals?
I guess I jumped the gun on that: the XDB album we’re working on will definitely have more vocals, while the solo “Xander Demos” album I’m preparing will have more instrumental stuff.

4.On the album you also do a cover version of Don Henley's "Boys In Summer" what was the decision behind during your own version of this song?
I’ve always loved the song.  Great progressions and melody.  I’m a huge fan of the 80s, and you’d be hard-pressed to find a song as iconic to the 80s as that one.  We used to play it in one of the cover bands I was in, Into the Arena.  I just loved shredding that solo, and it seemed like the perfect vocal song to include on the album.

5.What are some of the best shows that you have played over the years and also how would you describe your stage performance?
Nuts!  Mesmerizing! Top notch! Haha.  No, seriously, we have a great time on stage.  It’s much more than just getting up there and playing. People want a show.  That’s what they paid their hard earned cash for, and we try to give them the most entertaining and engaging show that we can.  Obviously, some of the more technical stuff is going to speak to the musicians in the crowd, more so than the average fan, but I think people that come to our shows will find something to grab onto, that will make them say, “that was a hell of a show!”  Some of the best shows I’ve performed, personally, have been opening for Buckethead a couple of years ago in Pittsburgh..amazing crowd.  Perfect match of acts on the bill.  There are some videos around of that show, and I think you can see that the crowd was awesome.  Metal Church, more recently, was incredible.  Unreal crowd at that one.  Solo, when I played guitar for James Rivera, headlining the Warriors of Metal Open Air Fest last year…that was a great show.  Total rock star treatment…again, off-the-charts type of crowd.  Really a great/fun night.  But, there aren’t too many shows that haven’t been awesome.  I just love getting out there and delivering to the fans.

6.Do you have any touring or show plans for the new album?
We’re opening for Stryper next week, in Pittsburgh, then it’s on the road this fall for Skull Fest in Nebraska and Rock N Skull in Illinois.  We’ll be backing up John Elefante of Kansas and Shawn Pelata of Line of Fire at Rock N Skull.  Definitely a couple of not-to-be-missed shows.  Not sure what’s in store after those, or in between.  Would love to hook up on a tour and go out for a few weeks.  I’m also exploring some solo opportunities, to plays with some other bands, on the road and in the studio. 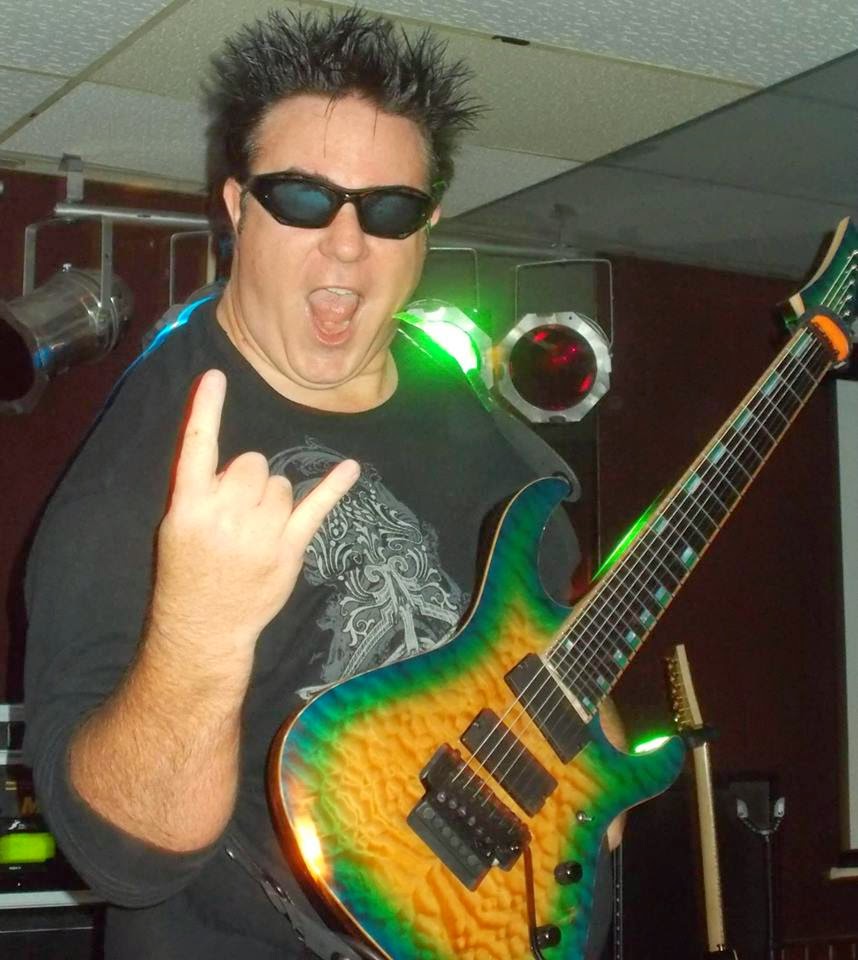 7.Currently you are signed to Rock'N'Growl Promotions are you satisfied with everything they have done for your music so far?
Rock N Growl really hit it hard when the album was first released.  It’s tough, nowadays, because of streaming and low music sales.  So, I think they did the best they could for us.  While Rock N Growl released the album, digitally, we maintained control of our physical sales, which always kick ass at live shows.  MTS Records released our new single, and they’ve been doing a fantastic job promoting it.  I’ve been with MTS Management for the past couple of years, and with the new label, they seem to be exploding, which is good for me!

8.On a worldwide level how has the feedback been to your music by fans of metal and rock?
Incredible.  I feel really lucky in that regards.  I get to make music that I love playing and people seem to really dig it.  That’s the best part of this business…

9.What is going on with some of the other musical projects that you are involved with these days?
In addition to XDB and my “solo” project, I hope to be doing some more Sabbath Judas Sabbath dates with James in the near future.  I’m working with a Bon Jovi/Journey tribute band called Bon Journey.  We will be playing some dates coming up soon.  I’m recording with some other fantastic shredders on an upcoming track…I don’t want to say who they are, yet, but…  That’s gonna be SMOKIN’ HOT!  I’m also working on some music for films.  So, there’s a lot going on right now.

10.Where do you see your self heading into musically during the future?
Staying true to my guns, playing melodic-based metal with attitude and technical flair.  I’ve always believed the advice that you should stick with what you love, and eventually, musical tastes and styles will come around to you.  Don’t go with the latest trends, cause by the time you do, you’ll be too late.  Don’t chase what’s going on now.  Just do what you love…

11.What are some of the bands or musical styles that have had an influence on your newer music and also what are you listening to nowadays?
Journey, Whitesnake, Boston, Stryper, Dokken, Ozzy, Dream Theater, Iron Maiden, Judas Priest, I mean, the list goes on and on…I also like classical, and I like some pop stuff, too.  They all sort of influence me in one way or another.  There are just too many bands to list, really.  You could find anywhere from Abba to Zebra on my playlists. Haha.

12.What are some of your non musical interests?
Animals and movies.  Big movie buff.  I am a huge animal love and rights advocate.  I’ve been donating proceeds from my album sales to animal organizations, and I have several rescues of my own.  I hope others will choose to do the same thing.

13.Before we wrap up this interview, do you have any final words or thoughts?
Thanks so much for having me.  It’s been a real pleasure.  Please keep in touch. Thanks to all the fans out there, who have stayed true, believed in me and my band, and the music we make.  I look forward to seeing you all in 2014/2015.  Be sure to stay up to speed with everything at www.xanderdemos.com. 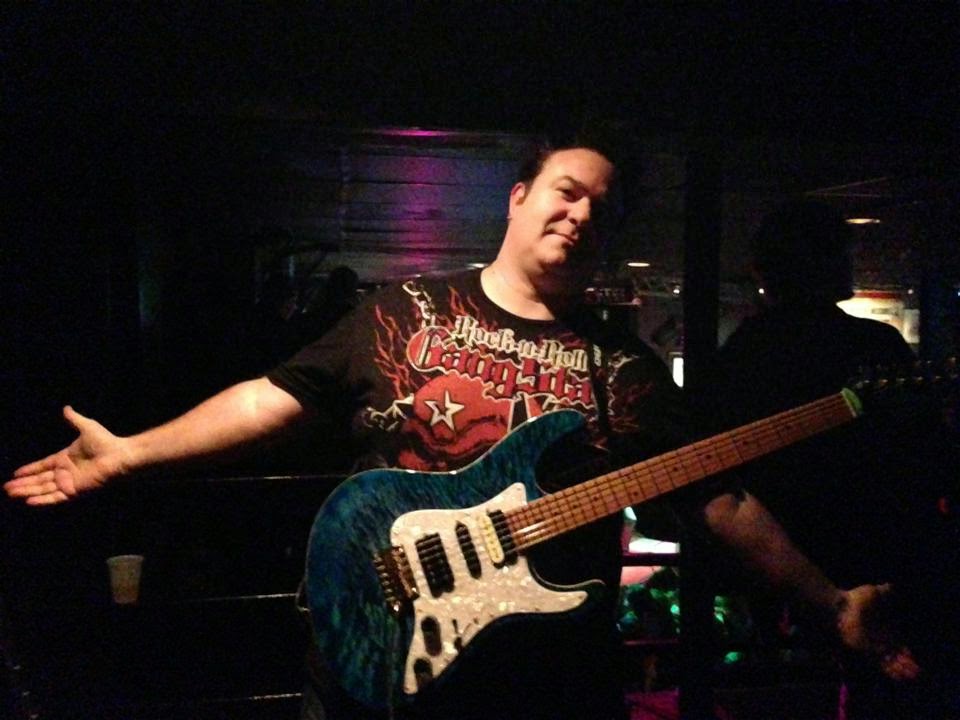 Posted by OccultBlackMetal at 5:55 PM