Straightline/Alteration Of The Rules/2014 EP Review 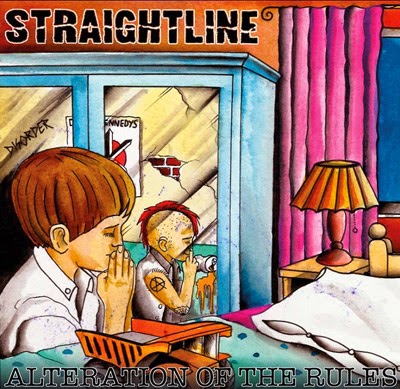 A  very  melodic  thrash  metal  sound  starts  off  the  album  along  with  some  powerful  sounding bass  guitars  and  blast  beats  and  a  few  seconds  later  melodic  pop  punk  vocals  find  their  way  into  the  music  along  with  some  back  up  shouts  and  aggressive  screams  and  after  a  couple  of  minutes  melodic  guitar  solos  and  leads  find  their  way  into  the  music.

Posted by OccultBlackMetal at 5:15 PM