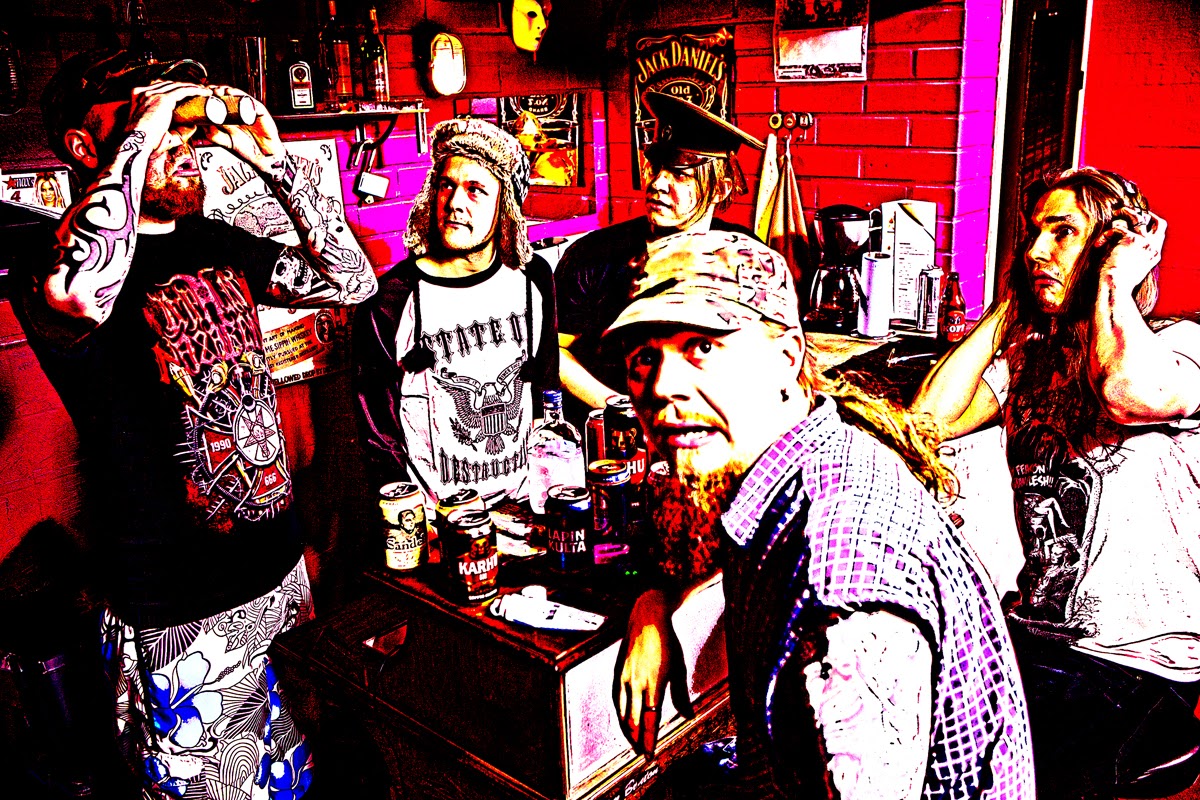 1.For those that have never heard of you before, can you tell us a little bit about the band?
1. We are Graveyard Shifters from Finland. Five guys that loves punk, metal and rock 'n' roll. The band was formed about a year ago and now we are releasing debut EP "Brainwashed by Moonshine" in Europe and UK.

2.You have an ep coming out in October, how would you describe the musical sound that is presented on the recording?
2. We are calling our style to 'crust punk 'n' roll'. Just think about punk rock band that screams out their lyrics and add there some 70's and 80's guitar riffs and some metal parts, but we do not have anything to do with so-called modern metal.

3.What are some of the lyrical topics and subjects the band explores with the music?
3. Hehehe, we are not taking lyrics too seriously. Basicly the idea is put together funny words, phrases and stupid ideas with hollywood movie names etc. We also like to turn Finnish phrases to English, but not SO correctly. For example opening track of this upcoming EP is "Chicken Cage of Terror" which is Finnish phrase "kauhistuksen kananhäkki" and it doesn't really mean anything wise, or there are no real English phrases for it... All the lyrics have some serious twist also, but in the end it is up to you how you swallow and process them.

4.What is the meaning and inspiration behind the name 'Graveyard Shifters'?
4. When Jouni (singer) started to build this band up he got the name ready for the band before there was any other members joined in. It just sounded cool as rock bands name should sound. And by the way both Jounis (singer and bassist) are working in graveyard shifts continuously. So, we have real graveyard shifters in the band!

5.What are some of the best shows that the band has played so far and also how would you describe your stage performance?
5. We are only one year old band and we actually did first official show about two weeks ago with our hometown fellas, the Skoogie Boys. We have members from finnish metallers Re-Armed, and Nailed Coil. And both of these bands have done lots of shows in the past, or are still doing shows.. We would like to say that we are rock 'n' roll band on the stage and we are there to entertain you.

6.Do you have any touring or show plans once the ep is released?
6. We have two shows now in Finland around release date and then we will hit the road in Latvia for two shows around Halloween. After that we will focus on recording new material for new release and hopefully we will get some shows more. We don't have too much plans in calender, 'cuz it kills inspiration, but we are open minded for everything.

7.The ep is going on to be released on Eternal Sound Records. can you tell us a little bit more about this label?
7. German label that have cool list of bands that are "not that big names yet". Underground is full of great bands and this kind of labels are needed to push them out. Robert and Nicole this one is for you - Cheers! In Finland we have releaser for 10" vinyl version, which comes out 17th of October.

8.On a worldwide level how has the feedback been to your music by fans of crust, punk and metal?
8. All the feedback has been great so far. And it feels good to be free from some exact genre. You can be metalhead, rocker or punk and you still can find something for youself.

9.Where do you see the band heading into musically during the future?
9. Five to seven new songs are already done and we are heading to studio again very soon. We've been talking about to record full lenght, but at the same time it somehow feels good to make another EP. For example "Brainwashed by Moonshine" was recorded in 16 working hours with dozens of beer - without stress or panic! So, let's see what is the final form of the next release. Anyhow style of the music will not change a lot, but we have new elements and different kind of parts that you listeners simply can not expect!

10.What are some of the bands or musical styles that have had an influence on your music and also what are you listening to nowadays?
10. Obviously you can hear The Hellacopters, AC/DC, Turbonegro and Disfear in our music as big influences. The basic idea is - When we are making songs together at rehearsal place that everybody should smile and laught after we have tried some new riffs etc. So, if the reaction is neutral it is not enough good for us.

11.What are some of your non musical interests?
11. Art, movies, music, books, tattoos, beer, ufos, horror.. Surrounding life and its forms. Heheh..

12.Before we wrap up this interview, do you have any final words or thoughts?
12. If you love rock 'n' roll music that is catchy and hooks you like a worm - Then Graveyard Shifters is the band you should check out! Thank you for reading this! Cheer! 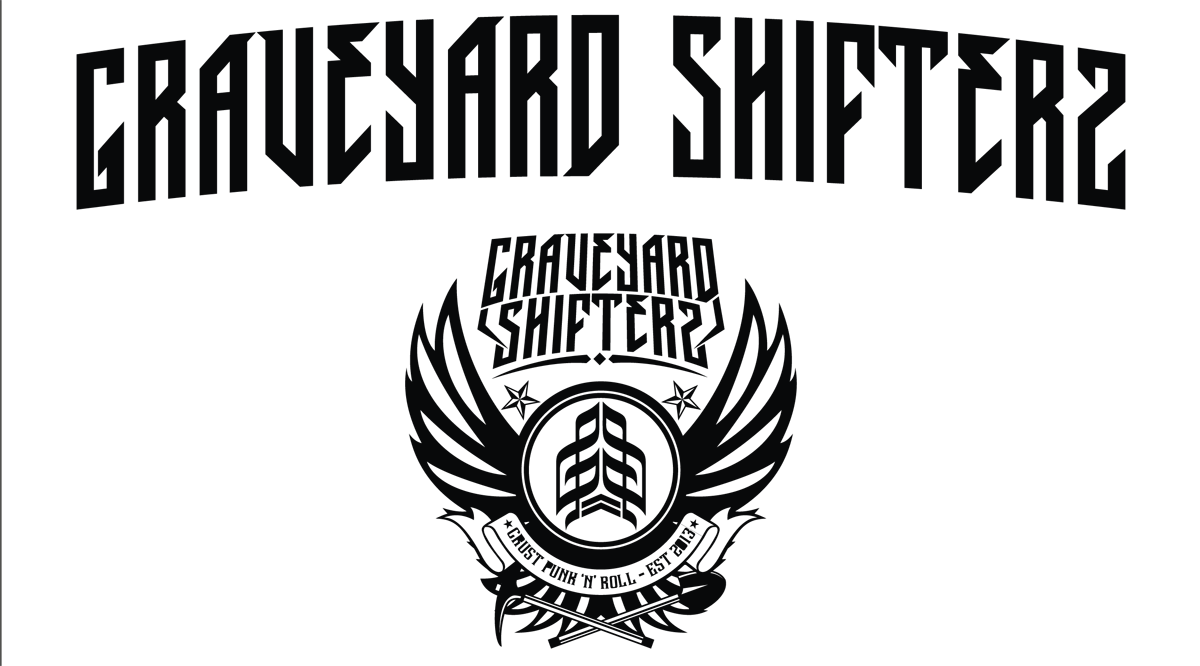 Posted by OccultBlackMetal at 5:48 AM