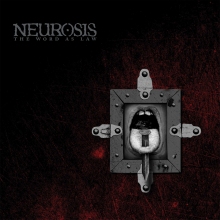 Acoustic guitar  playing  starts  off  the  album  along  with  some  melodic  guitar  leads  and  powerful  bass  guitars  being  added  onto  the  recording  a  few  seconds  later  which  also  take s the  music  more  into  a  hardcore  punk  direction  along  with  some  shouting  style  vocals  and  the  music  also  mixes  in  elements  of  d  beat.

On  this  recording  Neurosis  played  mostly  a  d  beat  style  of  hardcore  punk  while  a  great  amount  of  metal  influences  can  be  heard  along  with  an  experimental  touch,  the  production  sounds  very  professional  while  the  lyrics  cover  devastation, evolution  through  pain  and  spirituality  themes.