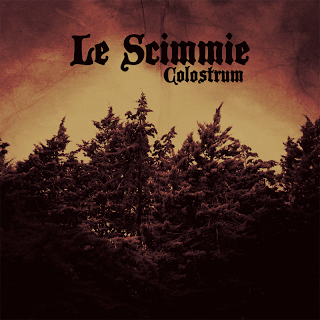 Le  Scimmie  plays  a  musical  style  that  takes  the  heaviness of  sludge,  stoner  and  doom  metal  and  mixes  it  with  experimental  and  noise  rock  while  also  avoiding  any  song  lyrics  or  vocals  to  create  a  musical  style  of  their  own  and  the  production  sounds  very  professional.

Posted by OccultBlackMetal at 1:46 PM