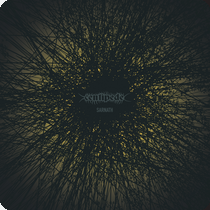 Centipede  plays  a  musical  style  that  is  mostly  rooted in  stoner  and  doom  metal  while  also  mixing  in t he  heaviness  of  sludge  and  the  aggression  of  thrash  to  create  a  musical  style  of  their  own,  the  production  sounds  very  professional  while  the  lyrics  cover  the  writings  of  H.P  Lovecraft.

Posted by OccultBlackMetal at 8:41 PM