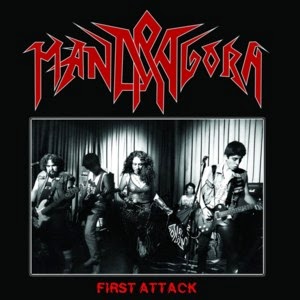 A  powerful  sounding  bass  guitar  starts  off  the  second  song  before  adding  in  some  hard  and  heavy  guitar  riffs  along  with  a  great  amount  of  melody  and  vocals  and  the  music  continues  in  the  traditional  metal  direction  which  was  presented  on  the  first  track  while  also  having  a  more  rock  orientated  style  of  metal  being  mixed  in.

Posted by OccultBlackMetal at 5:17 PM