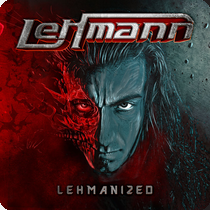 Electronic  music  sounds  start  off  the  album  along  with  some  heavy  guitars  a  few  seconds  later  which  leads  up  to  an  atmospheric  groove  metal  sound  along  with  some  melodic  vocals  and  all  of  the  musical  instruments  have  a  very  powerful  sound  to  them  and  after  awhile  spoken  word  parts  are  added into  certain sections  of  the  recording  and  the  music  also  starts  utilizing  a  great  amount  of  melody.

Lehmann  creates  a  very  original  and  diverse  sound  with  their  music  combining  heavy,  thrash,  groove  and  progressive  metal  together  along  with  a  great  amount  of  symphonic  and  electronic  music  to  make  the  album  sound  very  diverse,  the  production  sounds  very  professional  while  the  lyrics  cover dark  and  real  life  themes.