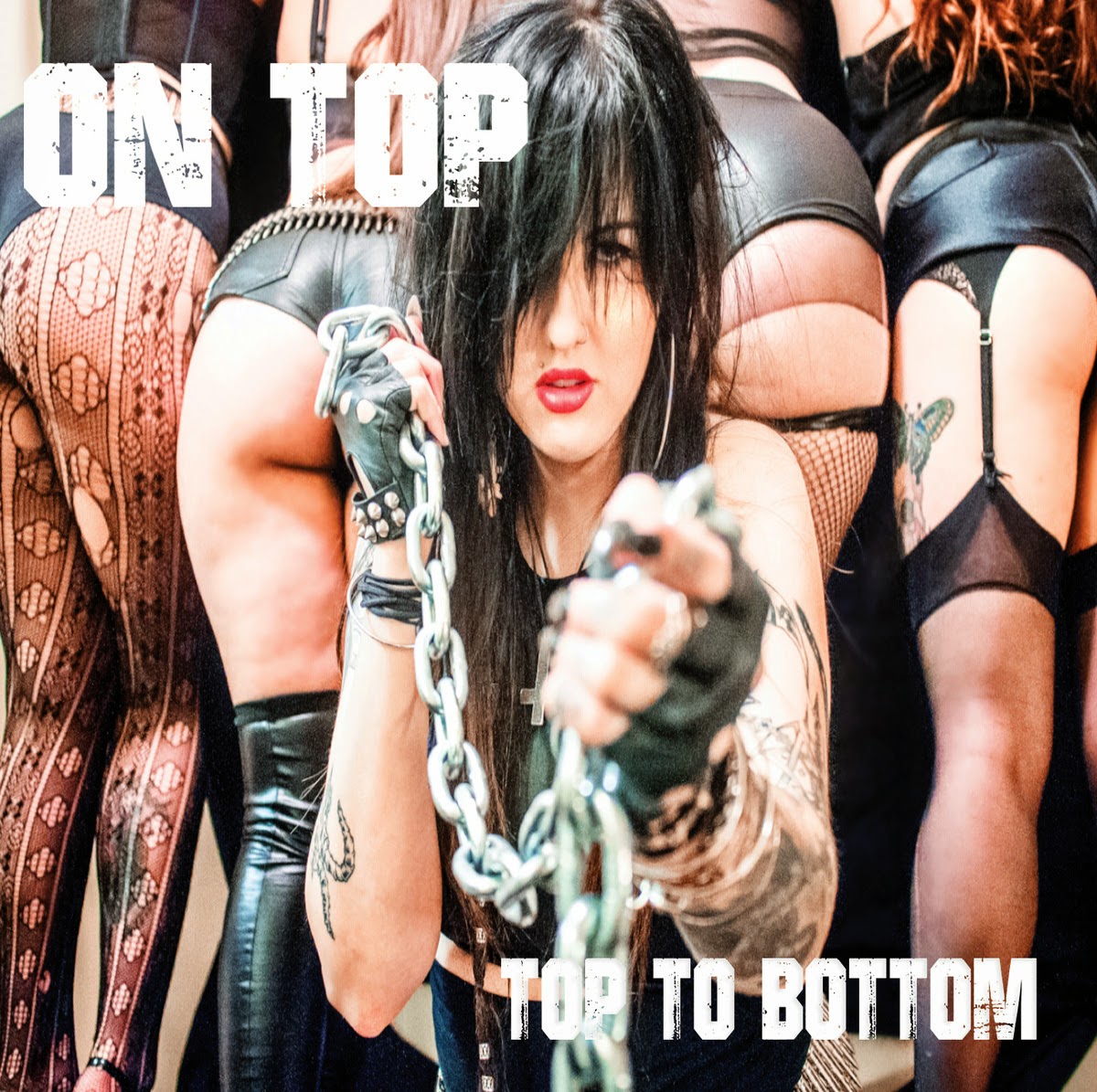 1.Can you give us an update on what is going on with the band these days?
We are currently gearing up for the release of or brand new EP entitled "Top to Bottom" on June 3rd. This release marks the debut of our brand new guitarist Brian Davis. We have a few gigs coming up in June and we will play the rest of the summer by ear. We are scheduled to record a second EP towards the second half of the summer as well.
2.Recently you have released a new ep, can you tell us a little bit more about the musical direction of the new recording and also how does it differ from the stuff you had released in the past?
The newest EP features Brian Davis on lead guitar and he has helped solidify On Top's signature sound. This record basically takes everything we did on our debut record "Top Heavy" and elaborates much more. Bigger vocals, more attitude, bigger sound... We are really proud of how it came out.
3.What are some of the lyrical topics and subjects the band explores with the new release?
I try and write about personal experiences and stories through the eyes of close friends. This particular release touches base on addiction, conformity, and as usual, scandalous behavior.
4.What is the meaning and inspiration behind the name 'On Top'?
It can be referenced in so many ways but aside from the obvious sexual relation, it just explains a sort of "over the top" mentality. We are always trying to top our previous efforts and put everything we have into what we do.
5.What are some of the best shows that the band has played over the years and also how would you describe your stage performance?
We have been fortunate enough to play quite a few shows and always give 100% on stage. We are a trio and are a "no frills" sort of band. We are here to perform with our instruments and tell a story while projecting as much energy as possible.
6.Do you have any touring or show plans for the future?
We have a few shows in the early summer... Mainly in the tri-state area and one in Virginia Beach. We may try and tour later in the summer but we are more concerned about doing another recording for now. If any opportunities arise, we will definitely consider.
7.On a worldwide level how has the feedback been to your music by fans of hard rock and metal?
The feedback for our first album was pretty killer. It was well received over seas as well as in the states. However, Americans are more picky about their metal and did have some criticisms as expected. We tried to cater to those criticisms on our new EP. Hopefully people will dig it!
8.What is going on with the other musical projects these days that some of the band members are involved with?
Right now I am currently on the road with my other band Mach22 in support of our debut album "Sweet Talk Intervention". We will be appearing at this years Rocklahoma in just a few days. Danny's band Fisthammer just releases their second album "Infallible" and plans to tour in support of that release as well. Brian is always working on all sorts of projects, he should be releasing details about his latest release very soon.
9.Where do you see the band heading into musically during the future?
I see he band honing in more towards are signature sound with some more aggressive grooves with super energetic guitar work. Edgier yet catchier.
10.What are some of the bands or musical styles that have had an influence on your music and also what are you listening to nowadays?
I love everything from funk to thrash.. A few artists worth mentioning would be Glenn Hughes and George Lynch as my main influences and preference. They both have great new releases and incredible discographies. Check out the new KXM record and the new California Breed release. Totally top notch!
11.What are some of your non musical interests?
I am a huge fan of skateboarding. Some other interest include movies and food haha.
12.Before we wrap up this interview, do you have any final words or thoughts?
Thanks for your time and taking a minute to chat... For those reading, please check out our new EP "Top to Bottom" available June 3rd on iTunes and at www.ontoprocks.com. We hope to see you on the road soon!

Posted by OccultBlackMetal at 1:27 PM