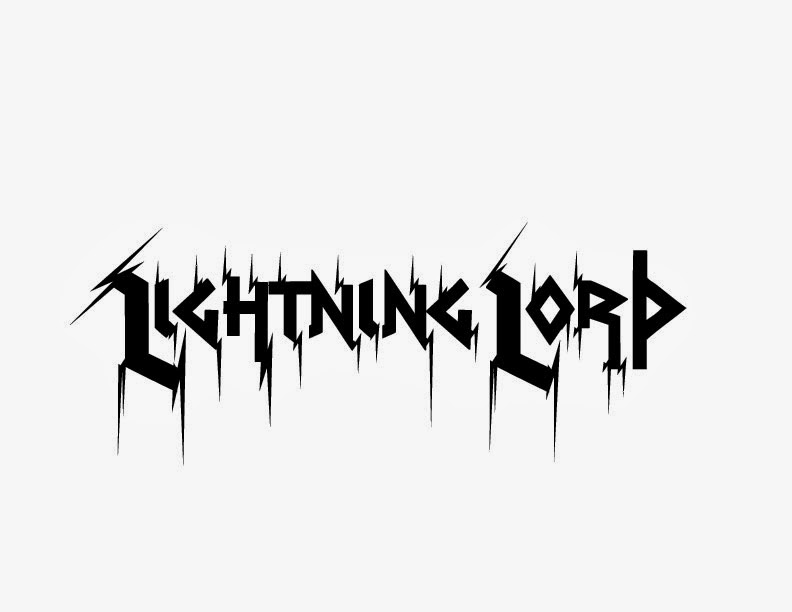 1.For those that have never heard of you before, can you tell us a little bit about the band?
Sure, we're a three piece speed metal band out of NYC. We have Gregory Swanson on Vocals/Bass, Lou Lamore on drums, and Alex Abendroth on guitar. Three guys, three instruments, a raw approach to metal. We go fast, like big vocal melodies, and thrive on intensity.

2.How would you describe your musical sound?
We're really inspired by the NWOBHM, which is a very broad statement because there are so many different sounds within that genera, and 80's hard rock. We like speed, and melodies that you can sing y'know, anthems that make you want to stand up and throw your fist in the air. You'll hear the speed of punk, the riffs range from hard rock to metal to thrash, delivered with a fuck you attitude.

3.What are some of the lyrical topics and subjects you explore with your music?
We write about life. That's to say we could touch on a vast area of topics. Hellas Waiting Arms is about going in to battle in a frenzied state, while Children Of The Night talks about homeless youth and the coarseness of the streets. I write the lyrics, and never rule out exploring in life, so we wouldn't rule out to many things…. we like sex and partying also lol. We're never more ourselves, than when we're walking on that edge.

4.I have noticed when I listened to your music you go back farther than 30 years, what was the decision behind going on this direction? We had older brothers and family members that would play music for us, so when we we're babies, we were hearing Iron Maiden, Led Zepplin, Avenger, KISS, Metallica, ect… instead of nursery rhymes lol, so yes, we did intend to go back to the kind of music that made us want to be musicians, and hopefully, find our own sound in that. In the same breath, we don't consider our music to be throwback in anyway, our line of thinking is, yes, that music that influenced us came out when it did, but, if we make our own music, are sincere in it, and it's being done in the present, that makes it current doesn't it?

5.What is the meaning and inspiration behind the name 'LightningLord'?
LightningLord is named after Thor, the Norse God Of Thunder. He calls down the thunder, and lightning with the hammer of the gods, slays the giants, and kills the serpent. Epic.

6.What are some of the best shows that the band has played over the years and also how would you describe your stage performance?
We love to play live everywhere. We aren't guys who enjoy sitting at a computer with pro tools, we came to turn up and be a live band. We like to bring high energy, and seek out new ways to get over the top. We don't like the false pretenses of bands who go on stage, and act like they don't care. We see that attitude as contrived and fake. We want to put on a show for people. If they're going to take time to appreciate our band, we're not going to slap them in the face and say "oh, I just want to stare at my shoes?" Fuck that, we came to party metals with you, metal is bold and fearless and if we can blow something up, we will lol.

7.Do you have ant touring or show plans for the future?
We're an indie band, so we don't have a big record label budget backing us. We play where ever we can. Right now, we have shows coming up in the NYC, and northeast region of the US. We would love to go on the road and never come off lol. Speedz Metalz to the people.

8.The ep came out on Swords And Chains Records can you tell us a little bit more about this label?
Swords And Chains is an indie label out of Chicago run by a very cool dude Mike Mendyk. They usually put out cassettes, and when he came to me with the idea, I thought it was really cool. I believe he's moving in to putting out cd's also.

9.On a worldwide level how has the feedback been to your music by fans of metal?
It's been surprisingly good actually. Being a small band, we haven't had a lot of exposure, but, people have really gotten behind what we're doing, been really cool to us. In a scene where death metal and hardcore have become mainstream, we're coming from a very different place musically, it's just who we are, we didn't know what to expect, and people have been throwing up the metal horns, saying "ya, that's metal, let them play". So we all just rock out and have fun……

10.When can we expect a full length album?
We're in the studio right now, working on the full length follow up to the "All Father Death Stalkers" EP. It'll definitely be out in 2014. It'll be out sooner if I can go in the studio and figure out what that blinking button on the left does…..

11.What are some bands or musical styles that have had an influence on your music and also what are you listening to nowadays?
Really big NWOBHM fans. Avenger, RAVEN, Weapon, Gaskin, Angel Witch, Iron Maiden, Tyger Of Pan Tang, Tytan, TANK, Judas Priest, Tokyo Blade, Motorhead as well as bands like Metallica, Motley Crue, Guns n roses, Sabbath, Zepplin, Sex Pistols, KISS…… we definitely go back to go forward.

12.The band was originally from England but now lives in New York, what was the decision behind the move?
Well, I've spent time in England, but, I'm actually a half breed, American and adopted by Europeans. Now that you ask, it's kind of a crazy story lol. I had an idea to make a NWOBHM band, and no one in LA, or NYC would talk to me at all lol. Still I kept trying to make this vision a reality and kept posting add after add for about a year, until I got two responses in the same week. One was Legendary drummer Gary Young, founder of Blitzkrieg and Avenger, the other was Big Kev Riddles legendary bassist of Angel Witch and Tytan. They we're so cool, and had me send them my crappy home recordings, and both said they would play, and help me make the demo EP. Gary did the drums, recorded with Dean Thompson at Bear Sound Studio, even introduced me to NWOBHM legend Paul Gaskin for some guitars, and unfortunately, I didn't have the money to get Kev or Paul studio time, but, they were totally understanding and cool as always. It was my first time trying to organize something like this, and there are all these legends, who are my heros, no pressure kid if you know what I mean lol. With that recorded, I now had something in hand instead of just an idea, and Lou and I had played together in another band in NYC, we got together, and he knew Alex, and now we're here chatting with you.

13.Do you have any non musical interests?
We're definitely musicians first and foremost, but, Greg likes to do martial arts, comic book and anime fan, world traveling viking… Lou likes to Skydive and crash cars, Alex will dissect any machine and rebuild it with only spare parts and chewing gum, and it'll work.

14.Before we wrap up this interview, do you have any final words or thoughts?
We've got one life, so let's live it up in true metal fashion. See you all at the rock show! Speedz Metalz!

Posted by OccultBlackMetal at 11:52 PM