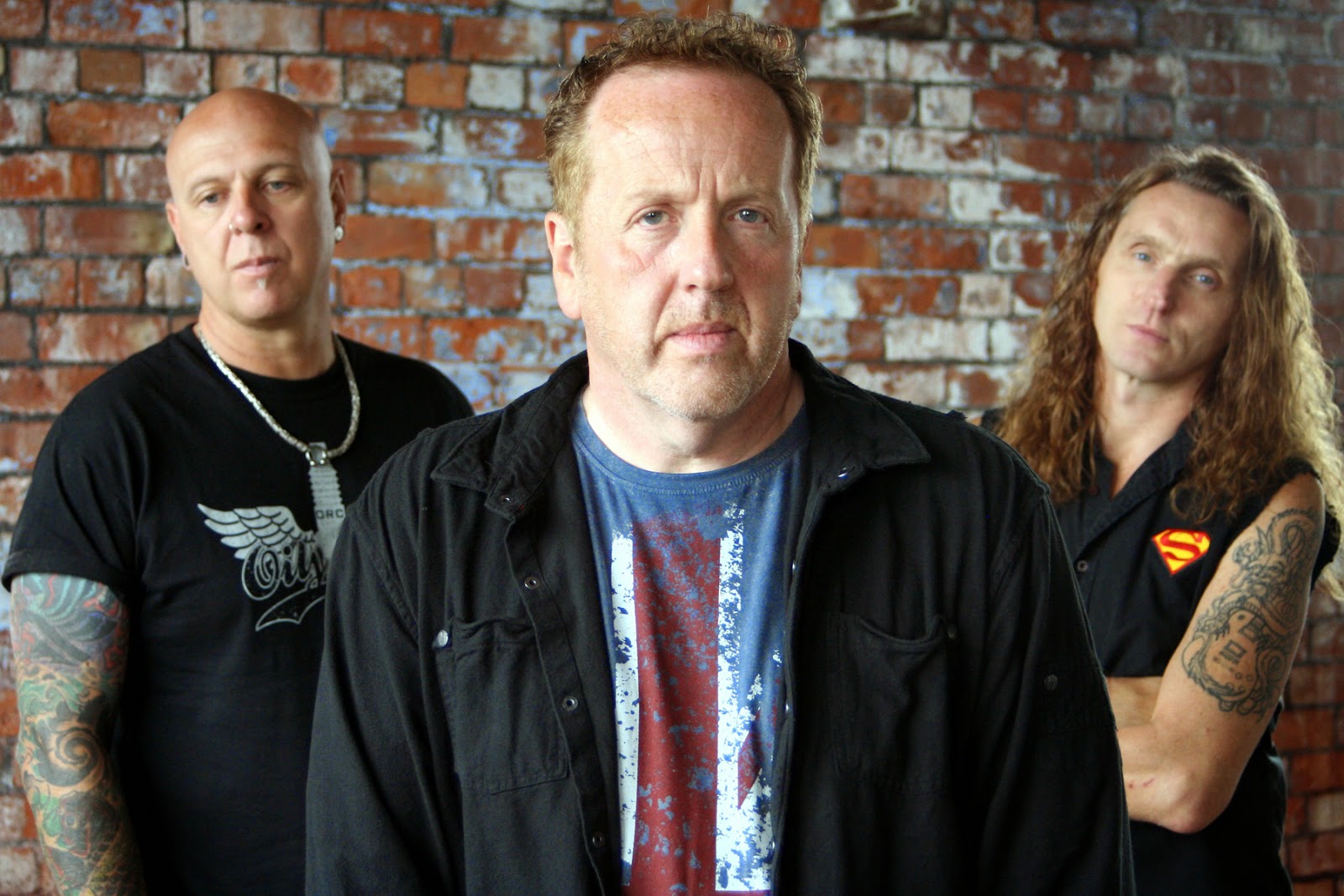 The band originally started out as a writing project between Tony and myself, Pete Godfrey. The intention was to write songs for other artists but pretty soon it became clear that the material we were writing was too strong to let go and the decision was made to bring in Pete Newdeck to assist with the drumming. As a bonus Pete Newdeck has experience of recording and mixing bands, so we asked him to get involved on that side too. We recorded the album over several months, with ideas being passed between the three of us, slowly fine tuning them to the point we are at now with the Album. Tony plays all the guitars and bass on the album with the exception of three tracks where we  asked a few friends to add some solos to the tracks, Chris Green of Rubicon Cross Brooke St James of Tyketto and Pat Heath from Furyon all added their considerable skills to ‘Addicted' 'Where I wanna Be' and ‘Radio’. Pete Newdeck did all the drums and a lot of backing vocal arrangements and I did the main vocals backing vocals and a few keyboard parts.

The thinking behind the In Faith idea is to try and make music that we would want to hear by the bands we love as fans, big guitars, big choruses and at the same time enjoying what we do and not taking it and ourselves too seriously.

2.Recently you have released your first album, how would you describe the musical sound that is presented on the recording?

I think we would class our sound as Hard Rock, the intention was to not be pigeon holed into one specific style, giving us more freedom to explore our ideas without the constraints of having to conform to a rigid format. As a result, the album has some heavy rockers with dropped tunings as well as AOR influenced tracks and a couple of ballads, pretty much, we wrote what we liked and believed in, hopefully everyone will like the results

Now the album is finished, listening back, it deals with relationships, a lot of pain and struggles with the interaction between two people. The only real exception to this is Church of Rock an’ Roll, which is about the camaraderie between Rock fans, sort of 'us against the world' kind of thing.

4.What is the meaning and inspiration behind the name 'In Faith’?

It would be great to be able to sit here and tell you that there is a real meaning behind  the name In Faith, but the truth is we were asked by the record company what the bands name was, obviously we had nothing in mind, so for three days we were constantly emailing between the three of us, different names, which were in turn slaughtered by the other two guys, finally we hit on ‘Faith’ as a word we all thought was at least passable, No Faith, On Faith, My Faith and so on were suggested and dismissed until finally, we arrived at In Faith. We were a little concerned at the religious connotations but the longer we lived with it, the name seemed to fit. By that I mean we are putting out music that we believe in and have worked hard to create, we have Faith in this album so maybe it was just meant to be ‘In Faith'
5.What are some of the best shows that the band ha splayed so far and also how would you describe your stage performance?

We haven’t played any shows,  the intention is to play live but we would add a couple of people to the live mix, most likely a keyboard player and a second guitarist, but in all honesty, our time has been spent fully concentrating on making the 11 tracks that make up the album, the best they can possibly be, playing live during the recording process would have just sidetracked us.  Hopefully in the near future, we will take In Faith out on the road, maybe a few festivals or something like that, lets see what interest is out there and we will take it from there.

The response  so far has been phenomenal, when people finally get to hear the full album we are hoping that the interest will be there to take the next step which will be playing live. 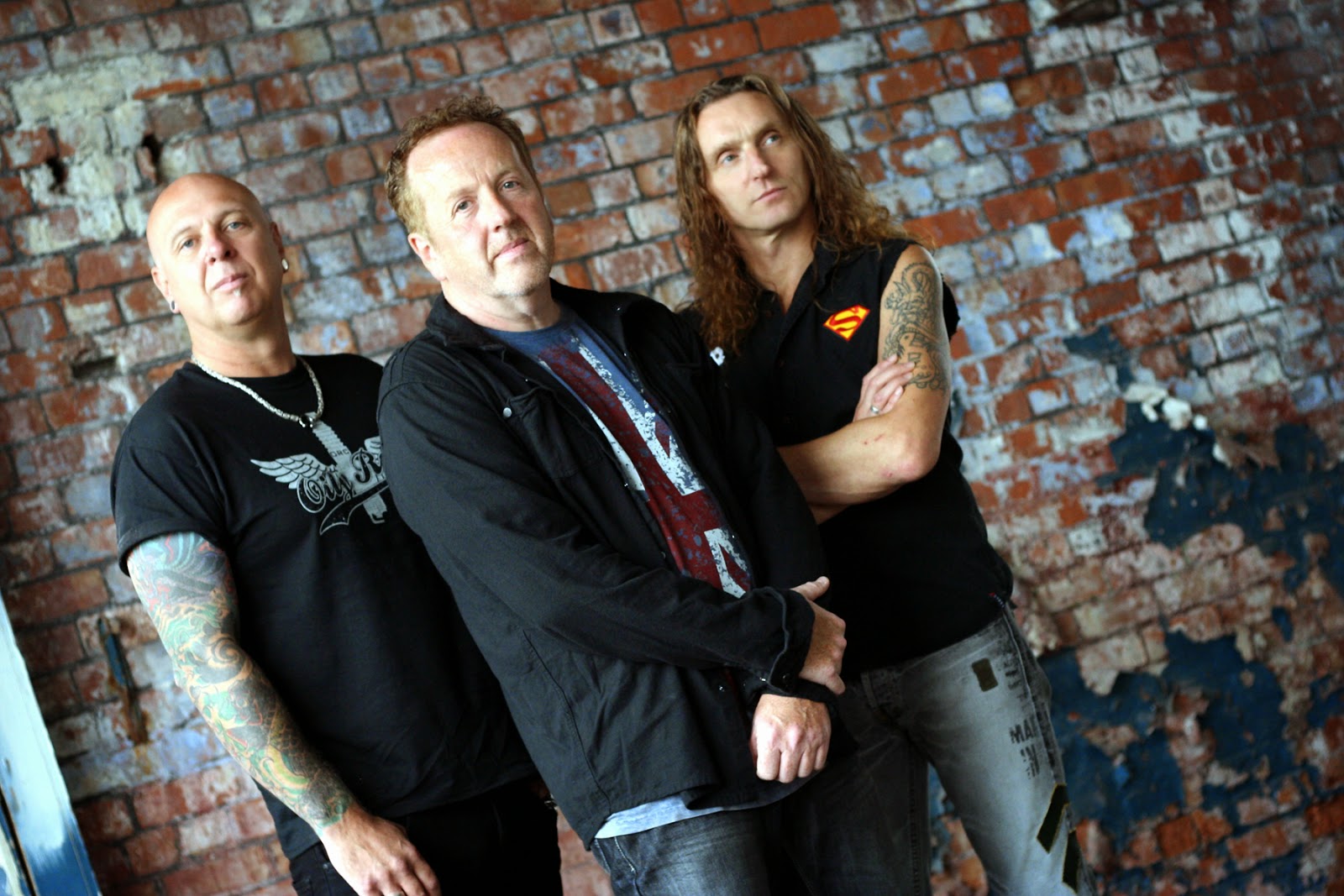 7.The new album is coming out on Rocktopia Records, can you tell us a little bit more about this label?

Rocktopia Records is a brand new label, the brainchild of Kieran Dargan and Bruce Mee, who are behind the massively popular Firefest Festival which is now in its 11th year. We spoke to Kieran early on in the recording process, his vision of a record company was something we wanted to be involved with. Kieran doesn’t want lots of bands, he wants to concentrate on a few carefully selected artists that he can promote over a longer period.Along with In Faith, Rocktopia have TEN who are releasing their new album around the same time as our debut  is released so its exciting times for us all.
8.On a worldwide level how has the feedback been to your music by fans of melodic hard rock?

The interest has been unbelievable, people from all corners of the globe have been in touch which I find amazing, Rock fans are a different breed, no matter whats in vogue, they know what they want and they know what they like. If its good, they will tell you, if it sucks..watch out lol!!!

Its early days for us, the album is out October 27th, depending on the reaction, we want to get another album out within a year, we have some ideas already part developed, but theres a lot of work to be done in completing another album of songs, we would without doubt want to surpass the first album so no pressure there!

Musically, I don’t think we would stray too far from the roots we have planted with ‘There’s a storm coming’ we are all about big hooks and light and shade, we’re not trying to redefine the wheel, but we want people to hear an In Faith song and instantly recognise it as us, so developing our sound, which I think we are constantly doing.

I can only speak for myself here but the whole reason I got into rock was buying KISS ALIVE II in 1978, Once I saw that album cover, that was it. classic Bon Jovi, Winger, Def Leppard, Van Halen all the big hair bands of the 80’s, I loved.

I kind of dropped out of the scene for about ten years, but more recent stuff I like is Hinder, H.E.A.T. a new English band Angels or Kings are releasing their first album, I’m looking forward to hearing that one.

At the moment, apart from music there’s only time for the family, we have pretty much spent a year working on this album, so everything else has gone out of the window, I must admit though, I love it, so bring it on.

We want to thank everyone who has supported us this far, If you are looking for something new that still stays true to the heyday of Hard Rock, give ‘There’s a Storm Coming’ a listen you might be pleasantly surprised !

Posted by OccultBlackMetal at 6:04 AM