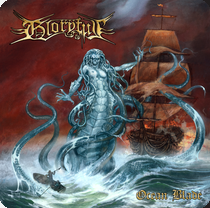 Gloryful  remains true  to  their heavy/power  metal  sound  continuing  in  the  same  direction  of  the  previous  albums  as  well  as  adding  a  modern  day  and  professional  sounding  production  to  their  early  80's  sound  and  the  lyrics  cover  fantasy  themes.